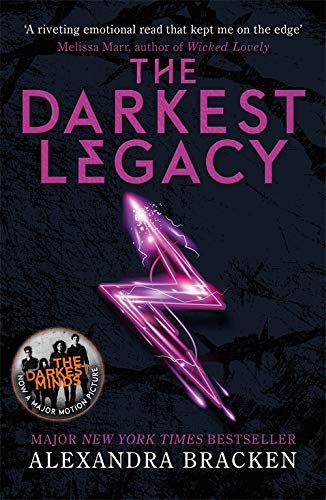 It's five years since the destruction of the rehabilitation camps that imprisoned Zu and her friends ... but the battle is far from over.

Seventeen-year-old Suzume 'Zu' Kimura has assumed the role of spokesperson for the interim government, fighting for the rights of the kids once persecuted for their powers. But though they are no longer imprisoned, the Psi still face huge prejudice, and a growing tide of misinformation.

When Zu is accused of committing a horrifying act, she is forced to go on the run in order to stay alive. Determined to clear her name, Zu travels in search of safety and answers, but soon uncovers a dark truth that threatens the future of all Psi. With enemies everywhere, who can she trust to help her fight back and save the friends who were once her protectors?

Alexandra Bracken is the New York Times bestselling author of Passenger, Wayfarer and The Darkest Minds series. Visit her online at www.alexandrabracken.com and on Twitter @alexbracken