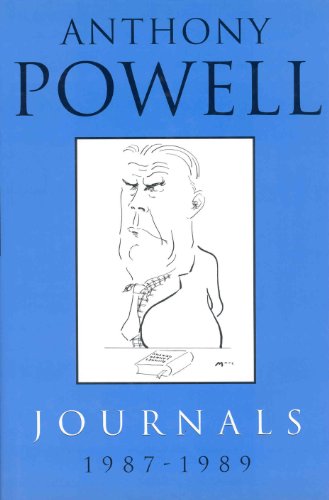 Features journals that sees the writer in his house in Somerset, The Chantry, encountering old friends, journalists, publishers, relations. This title reveals the daily life of a writer.

These journals, started in 1982 when Powell had become 'stuck' on a novel, became the place where he could most happily exercise his extraordinarily acute and often witty powers of observation and record his memories of times and writers past.

This, the second volume of the journals sees the writer in his house in Somerset, The Chantry, encountering old friends, journalists, publishers, relations. He reads through the plays of Shakespeare, and also re-reads A dance to the Music of Time, giving an astonishingly dispassionate and perceptive analysis of his own greatest creation. He remembers Evelyn Waugh, Phillip Larkin, Malcolm Muggeridge, Gerald, Brenan and John Betjeman. He is visited by, among others, V.S Naipaul, Alison Lurie, Roy Jenkins, and Harold Pinter. He becomes a Companion of Honour. His beloved cat Trelawney dies. In these frank and entertaining pages, the daily life of a writer unfolds in a volume that will delight his many fans as much as its predecessor did.