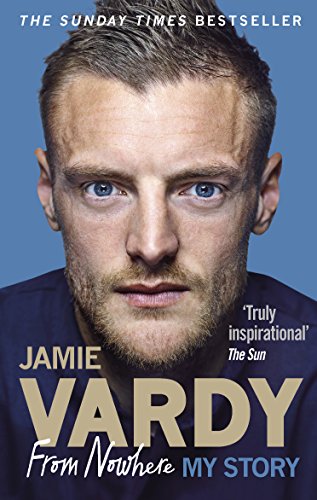 The Sunday Times Bestseller and Number 1 Sport Book of 2016

An ordinary lad from Sheffield, Jamie Vardy has become known as an against-the-odds footballing hero the world over.

The Sunday Times Bestseller and Number 1 Sport Book of 2016

An ordinary lad from Sheffield, Jamie Vardy has become known as an against-the-odds footballing hero the world over. Yet a few years ago, things couldn't have been any more different. Rejected as a teenager by his boyhood club, Jamie thought his chance was gone. But from playing pub football and earning GBP30 a week at Stocksbridge Park Steels, while still working in a factory, his off-the-cuff performances saw him rise.

Jamie had a wild and turbulent youth, but football became his saving grace and, once he filled his boots with goals at FC Halifax Town and Fleetwood Town, he moved to Leicester City. After the miracle of surviving relegation, the team of unlikely outsiders bonded together to achieve the unthinkable: Jamie set the record as the first player to score in 11 consecutive Premier League matches and Leicester beat odds of 5000-1 to become champions.

Jamie has now been nominated for the Ballon d'Or, firmly establishing himself as one of England's leading goal scoring footballers. Not forgetting his roots, however, he has set up the V9 Academy in a bid to find the next big talent from non-league football. Defying all expectations, this is the story of the boy from nowhere who reached the top in his own unflinching, honest words.