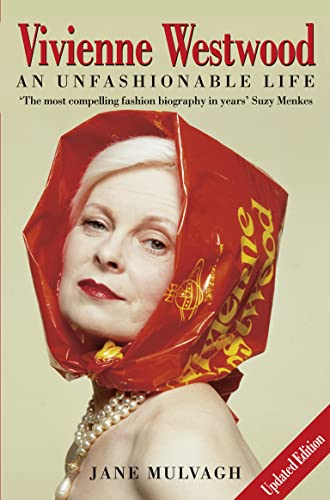 The acclaimed biography of one of England's great eccentrics and leading fashion designers, reissued in an updated edition to coincide with a major exhibition of Westwood's work at the Victoria & Albert Museum.

The acclaimed biography of one of England's great eccentrics and leading fashion designers, reissued in an updated edition to coincide with a major exhibition of Westwood's work at the Victoria & Albert Museum.

* For three decades, Vivienne Westwood has been Britain's most consistently original, outrageous, eccentric and controversial designer. In that time she has evolved from an iconoclastic outsider to an internationally revered figure, with two British Designer of the Year awards, an OBE, her own successful fashion label and an unrivalled reputation for leading where other designers follow.
* Her lifestyle could scarcely be in greater contrast to the opulence which surrounds other leading designers: until recently she lived in a modest council flat in South London, and she still travels around the capital by bicycle, dressed in her own flamboyant creations, with a plastic bag protecting her hair from the elements. How did an awkward girl from a conventional and provincial background become one of world fashion's most influential and respected designers? How has she managed to remain true to her own idiosyncratic vision, refusing to conform to the fashion industry's, and society's, expectations?
* Speaking to Westwood herself, her friends, lovers, colleagues, rivals, admirers and detractors, Jane Mulvagh has created a portrait as rich, distinctive and constantly surprising as her subject's character and work.

`The most compelling fashion biography for years. Honest, witty, perceptive, vivid. Each chapter is filled with insights' Suzy Menkes, International Herald Tribune
`A commanding study. Westwood's life is rendered with intensity and precision' Simon Garfield, Mail on Sunday
`A very good book: immaculately researched and full of original observations' Stephen Bayley, Observer
`Nobody could read this book and not understand why it is that Westwood continues to interest and infuriate in equal measure' Lucia van der Post, Financial Times

Jane Mulvagh is a fashion historian, journalist, columnist on the Financial Times, author of The Vogue History of 20th Century Fashion (Viking) and Costume Jewellery in Vogue (Thames and Hudson). She has known Vivienne Westwood for fifteen years.