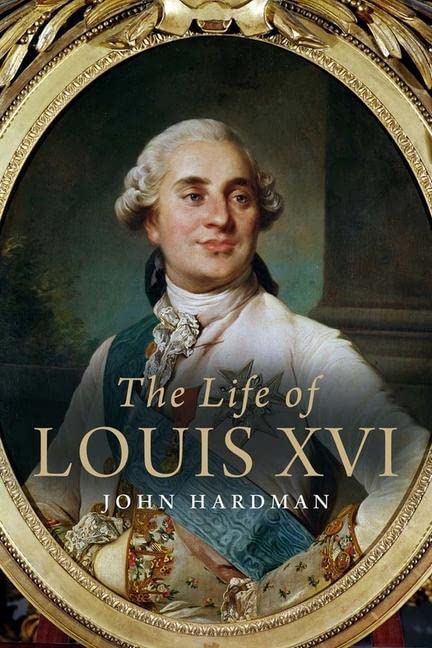 A thought-provoking, authoritative biography of one of history's most maligned rulers

A thought-provoking, authoritative biography of one of history's most maligned rulers

Louis XVI of France, who was guillotined in 1793 during the Revolution and Reign of Terror, is commonly portrayed in fiction and film either as a weak and stupid despot in thrall to his beautiful, shallow wife, Marie Antoinette, or as a cruel and treasonous tyrant. Historian John Hardman disputes both these versions in a fascinating new biography of the ill-fated monarch. Based in part on new scholarship that has emerged over the past two decades, Hardman's illuminating study describes a highly educated ruler who, though indecisive, possessed sharp political insight and a talent for foreign policy; who often saw the dangers ahead but could not or would not prevent them; and whose great misfortune was to be caught in the violent center of a major turning point in history.

Hardman's dramatic reassessment of the reign of Louis XVI sheds a bold new light on the man, his actions, his world, and his policies, including the king's support for America's War of Independence, the intricate workings of his court, the disastrous Diamond Necklace Affair, and Louis's famous dash to Varennes.
"In a work which must currently rank as the definitive contribution to our understanding of Louis XVI as a man and a monarch, Hardman displays a quite extraordinary grasp of sources relating to the court and to the high politics of the ancien regime."-P.M. Jones, English Historical Review

"An up-to-date, immensely erudite and compelling study, the fruit of a lifetime's work on the king. It is also crisply, sometimes brilliantly,written. Hardman's style is accessible, often witty, and he has a gift for putting complex issues in a nutshell. Louis XVI remains one of the crucial characters in modern history . . . and this is now the best biography of him in any language."-Munro Price, Literary Review

"Hardman has devoted much of his life to Louis XVI; some of the excellent illustrations are of objects in his own collection. He uses many new sources, such as papers of the Navy minister the Marechal de Castries, and the magnificent diary of the ambassador the Marquis de Bombelles, spanning the entire period 1780-1822."-Philip Mansel, Spectator

"This is the product of a lifetime's research and writing on late eighteenth-century France by one of the foremost scholars of the era. Original, gripping and authoritative, it is the best biography in any language of Louis XVI, and a significant contribution to the history of the French Revolution."-Munro Price, author of The Perilous Crown: France Between Revolutions

"John Hardman has written a highly readable, well-paced biography of Louis XVI which draws on the most recent scholarship on French kingship and court politics. He shows sensitivity and sympathy for a monarch who was not blind to what was happening around him but who felt increasingly trapped by forces he could not control."-Alan Forrest, author of Napoleon: Life, Legacy, and Image

"This new life of Louis XVI, by the world's leading authority, not only tells all the good stories with considerable verve, it also offers insightful analyses of the politics of this tragic life that began in the palace of Versailles and ended on the scaffold of the Revolution. It is simply the most authoritative biography of Louis XVI ever written."-Peter Campbell, former professor of French History, University of Versailles