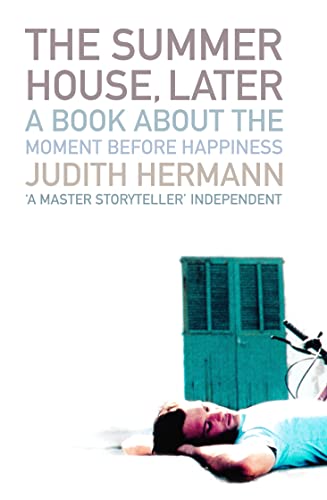 'The little jewellery box also held the red coral bracelet from Nikolai Sergeyevich. Its six hundred and seventy-five little coral beads were strung onto a silken thread, and they glowed as red as rage. My great-grandmother put the hairbrush down in her lap. She closed her eyes for a long time. Then she opened her eyes again, took the red coral bracelet from the little box and fastened it around her left wrist. Her skin was very white. That evening, for the first time in three years, she shared a meal with my great-grandfather.'

Coral bracelets 'as red as rage' from Russian lovers; a sad old woman who nonetheless 'sometimes sang and winked with her left eye and laughed till the tears came'; country houses 'away from Berlin, linden trees out front, chestnuts in the back, sky above': 'The Summer House, Later' is an elegant, measured, reflective collection of stories which captures beautifully the promise of bright colours lying just out of reach of our grey daily routines.

Set in and around Europe's fastest-growing, fastest-living city, these stories take as their starting point the monotony of modern urban life - the endless antennas and chimneys, the pigeons in the gutters - and looks beyond them to 'the narrow strip of sky over the rooftops'. The literary sensation of the year in her native Germany, Judith Hermann is a wonderfully talented young writer whose ability to find drama and beauty in the smallest, most trivial moments makes 'The Summer House, Later' a very special debut indeed.

'An elegant and perceptive reading on the emptiness that fills our lives. Its author is a master storyteller.' Independent

'A collection of striking distinction and poise. Some of the stories touch on brilliance. She can rival the best contemporary exponents of short fiction. Exceptional.' Sunday Business Post

'Cool...told without sentimentality, drawing power from the precision of the language and from a laconic style that narrates but refuses to explain...a world of contingent events and casual relationships where happiness is experienced as memory or aspiration but never as present reality.' Peter Graves, TLS

Judith Hermann was born in Berlin in 1970. She has published two collections of short stories.