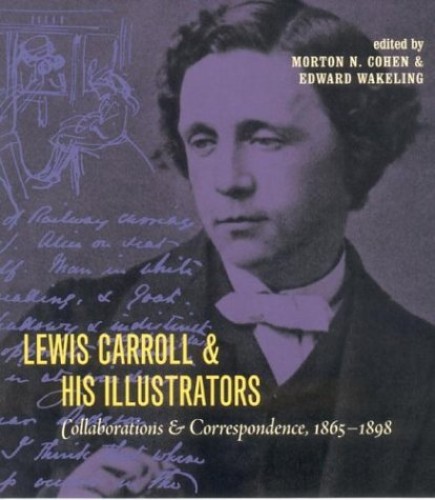 This new collection of the letters that Lewis Carroll wrote to the illustrators and prospective illustrators of his books affords fresh insights into Carroll's complex character, traces the history of the books that became great classics of the...

This new collection of the letters that Lewis Carroll wrote to the illustrators and prospective illustrators of his books affords fresh insights into Carroll's complex character, traces the history of the books that became great classics of the Victorian era, and charts the sometimes tempestuous seas of Carroll's relationships with his correspondents. Carroll, a meticulous artist, made detailed demands upon his illustrators, who included John Tenniel, Henry Holiday, Arthur Burdett Frost, Harry Furniss, and Gertrude Thomson.

Lewis Carroll and His Illustrators reveals the author as an expert in the details of book production in an age in which new technologies repeatedly altered the publishing process. Morton N. Cohen and Edward Wakeling's general introduction to the volume looks at Lewis Carroll the man and touches on his place in Victorian publishing. Each group of letters is preceded by an introduction that includes a brief biography of the artist and a summary of his or her collaboration with Carroll. Many of the letters include Carroll's own sketches as aids to his collaborators. Comparison of these sketches with the artists' final drawings, also included, shed light on the genesis of the illustrations. Some letters from the illustrators to Carroll, also printed here, add greater insight into the process.

"Biographical sketches and letters underscore the demands and expectations of Carroll for the words and pictures in his books.... Lewis Carroll's overriding sense of perfectionism and his self-taught knowledge of printing and publishing were key in the conditions and demands he placed upon himself and his illustrators. The writings of Emily Gertrude Thomson, 1850-1929, shared the most personal insight on the sensitivity and genius of the man, author Lewis Carroll." -- Lisa Cinelli, Bulletin of the Society of Children's Book Writers and Illustrators
"Both Cohen and Wakeling have written and edited many books on Carroll. Here they provide good introductions, photographs, and various sketches from the more than 200 letters they have collected (40 previously published)-all of Carroll's letters, some of various artists to Carroll, and miscellaneous writings about Carroll... Summing Up: Highly Recommended. Academic Libraries interested in Victorian art and culture and in children's literature, all levels; public collections." -- J. R Christopher, Tarleton State University, Choice, March 2004
"It cannot be stated too clearly that the book is a notable and worthy addition to the literature on Lewis Carroll and will be of huge value to future researchers. The extensive notes are scholarly and accurate." -- Selwyn Goodacre, Biographical Society of America, 98:2:231-3, 2004
"Morton Cohen and Edward Wakeling's handsome, generously edited edition is a welcome addition to the field of Carrolliana, and vastly profitable reading for anyone with a love of Victorian illustration and painting." -- James Williams, Trinity College, Cambridge, The Art Newspaper 145, March 2004
"This book combines relevant Dodgson correspondence with a consideration of that writer's relationship with each of his artists and their work. It sheds... light on the visual dimensions of Alice's Adventures in Wonderland and Through the Looking Glass in particular but also follows this thread through such lesser-known works as The Hunting of the Snark and A Tangled Tale, and it pays attention to such less-renowned illustrators as Henry Holiday, the American Arthur Burdett Frost, and Emily Gertrude Thomson." -- Philip V. Allingham, The Victorian Web
"This handsome volume contains more than two hundred letters that Lewis Carroll wrote to his illustrators, only forty of which have previously appeared in print. Making such material available seems like a wonderful idea, given the key role that pictures play in Carroll's books, as well as the astonishing extent to which the author involved himself in the production of these illustrations." -- Marah Gubar, University of Pittsburgh, Children's Literature Association Quarterly Vol. 29 Nos. 1and2, Spring/Summer 2004