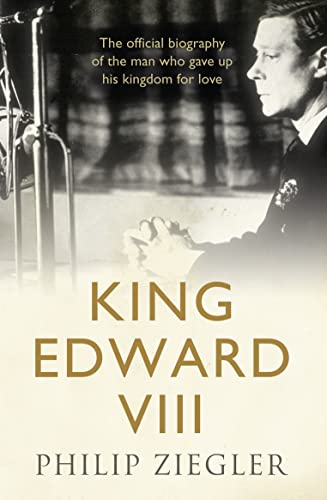 In this masterly authorized biography, Philip Ziegler reveals the complex personality of Edward VIII, the only British monarch to have voluntarily renounced the throne.

With unique access to the Royal Archives, Ziegler overturns many myths about Edward and tells his side of the story - from his glamorous existence as Prince of Wales to his long decline in semi-exile in France. At the heart of the book is an unflinchingly honest examination of Edward's all-consuming passion for Wallis Simpson, which led to his dramatic abdication.

Elegant and devastating, this is the most convincing portrait of Edward ever published.

'Philip Ziegler is a master of biographical narrative ...Seldom has such exhaustive research been made so compellingly readable' Michael Holroyd

'Ziegler writes with urbanity and generosity but is unflinching in his judgements ... an exemplary biography' Richard Davenport-Hines, Times Literary Supplement

'A book of such compelling interest and frankness that it is difficult to put down ... a very fine book' New York Times Book Review

Philip Ziegler was born in 1929 and educated at Eton and Oxford. He was a diplomat before becoming an editorial director at the publishers William Collins. His many books include acclaimed biographies of William IV, Lady Diana Cooper, Lord Mountbatten and Harold Wilson, as well as the classic history of the Black Death. His authorised biography of Edward Heath won the Elizabeth Longford Prize in 2011.