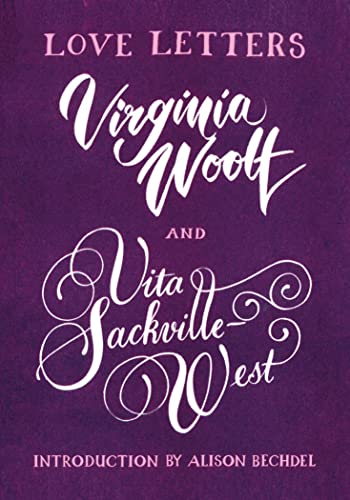 Eavesdrop on the affair that inspired Virginia to write her most fantastical novel, Orlando, and discover a relationship that - even a hundred years later - feels radical and relatable.

WITH A NEW INTRODUCTION FROM ALISON BECHDEL, AUTHOR OF FUN HOME AND CREATOR OF THE BECHDEL TEST.

'I am reduced to a thing that wants Virginia. I composed a beautiful letter to you in the sleepless nightmare hours of the night, and it has all gone. I just miss you...'

At a dinner party in 1922, Virginia Woolf met the renowned author, aristocrat - and sapphist - Vita Sackville-West. Virginia wrote in her diary that she didn't think much of Vita's conversation, but she did think very highly of her legs. It was to be the start of almost twenty years of flirtation, friendship, and literary collaboration. Their correspondence ended only with Virginia's death in 1941.

Intimate and playful, these selected letters and diary entries allow us to hear these women's constantly changing feelings for each other in their own words. Eavesdrop on the affair that inspired Virginia to write her most fantastical novel, Orlando, and discover a relationship that - even a hundred years later - feels radical and relatable.

WITH A NEW INTRODUCTION FROM ALISON BECHDEL, AUTHOR OF FUN HOME AND CREATOR OF THE BECHDEL TEST.

Vita Sackville-West (Author)
Vita Sackville-West (1892-1962) was born at Knole in Kent, the only child of aristocratic parents. In 1913 she married diplomat Harold Nicolson, with whom she had two sons and travelled extensively. They had an unconventional marriage, and troughout her life Sackville-West had a number of other relationships with both men and women. She wrote novels, non-fiction, and poetry, including The Land (1926), which won the Hawthorden Prize.

Virginia Woolf (Author)
Virginia Woolf (1882-1941) was born in London. She became a central figure in The Bloomsbury Group, an informal collective of British writers, artists and thinkers. In 1912 Virginia married Leonard Woolf, a writer and social reformer. She wrote many works of literature which are now considered masterpieces, including Mrs Dalloway, To the Lighthouse, Orlando, and The Waves.

Alison Bechdel (Introducer)
Alison Bechdel is the author of two internationally acclaimed graphic memoirs, Fun Home: A Family Tragicomic and Are You My Mother?: A Comic Drama. Fun Home was a New York Times bestseller, won an Eisner Award and was a finalist for the National Book Critics Circle Award. It was named a Best Book of the 21st Century by the Guardian, was adapted to a broadway musical which won five Tony Awards and is currently being adapted for cinema. For twenty-five years, she wrote and drew the comic strip Dykes to Watch Out For, a visual chronicle of modern life - queer and otherwise - considered 'one of the preeminent oeuvres in the comics genre'. Alison Bechdel is guest editor of Best American Comics, 2011, and has drawn comics for Slate, McSweeney's, Entertainment Weekly, Granta, and The New York Times Book Review. In 2014 she was named as one of the recipients of the MacArthur 'Genius' Award.