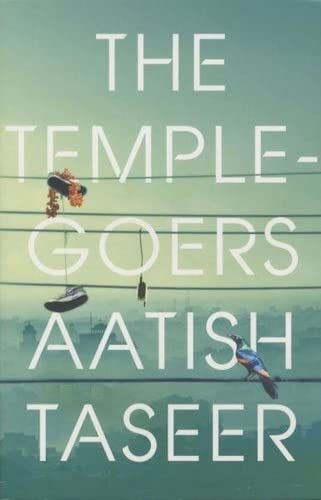 The Temple-goers
by Aatish Taseer

In Stock
$14.49
+10% GST
Tells the story of two young men from very different sides of an Indian society: one cast adrift in a world of fashion parties, media moguls and designer labels, the other who reveals to him the city's hidden and squalid underbelly.
Very Good Good
Only 3 left

The Temple-goers by Aatish Taseer

SHORTLISTED FOR THE COSTA FIRST NOVEL AWARD 2010 A controversial No.1 bestseller in India, The Temple-goers introduces us to a sensational new story-telling talent - and a shocking new side of Indian society. It tells the story of two young men from very different sides of the tracks: one cast adrift in a world of fashion parties, media moguls and designer labels, the other who reveals to him the city's hidden and squalid underbelly. But when a body is found floating in the canal and one of them is accused of the murder, some deeply unsettling truths begin to emerge, exposing their friendship and the dark and troubled heart of the city in which they live...

Aatish Taseer was born in Delhi in 1980. He has worked as reporter for Time Magazine and has written for the Sunday Times, Prospect and India Today. He has also written a travel memoir, Stranger to History: a Son's Journey through Islamic Lands (2009) and a highly acclaimed translation Manto: Selected Stories (2008). He lives in Delhi and London.

GOR001640594
The Temple-goers by Aatish Taseer
Aatish Taseer
Used - Very Good
Paperback
Penguin Books Ltd
2010-03-04
304
0670918504
9780670918508
Short-listed for Costa First Novel Award 2010
Book picture is for illustrative purposes only, actual binding, cover or edition may vary.
This is a used book - there is no escaping the fact it has been read by someone else and it will show signs of wear and previous use. Overall we expect it to be in very good condition, but if you are not entirely satisfied please get in touch with us.