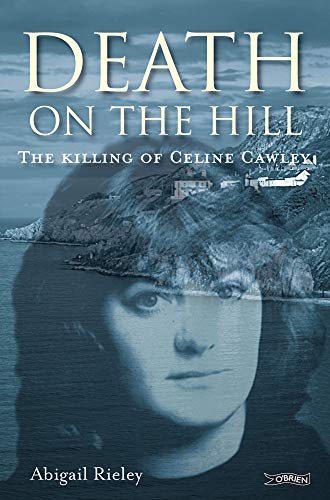 Death on the Hill by Abigail Rieley

The case that had everything: lies, betrayal, sex. The full story of the murder of Celine Cawley and her husband's increasingly erratic attempts to hide his guilt.

Death on the Hill: The Killing of Celine Cawley by Abigail Rieley

The case that had everything: lies, betrayal, sex. The story that fascinated the nation.

On 15 December 2008, two screams shattered the peace of the affluent Windgate Road in Howth, Co Dublin. Celine Cawley, founder of the hugely successful Toytown Films, former model and `Bond girl', lay dying on the patio of her home. A major garda search got underway for the balaclava-wearing burglar that Celine's husband, Eamonn Lillis, had described so vividly as his wife's attacker. But it quickly became clear that there was no burglar, and the finger of suspicion pointed squarely at Lillis himself.

'a masterful retelling of the whole sad, sometimes slightly sordid, business' -- Irish Independent
'Death on the Hill has everything - sex, lies, a former Bond girl in Celine Cawley, and money.' -- Evening Echo
Abigail Rieley is a writer and journalist based in Dublin, where she mainly works as a freelance court reporter covering murder trials for the Irish media. Her first book, The Devil in the Red Dress, about the trial of Sharon Collins and Essam Eid, was published by Maverick House.
GOR001901649
9781847172181
1847172180
Death on the Hill: The Killing of Celine Cawley by Abigail Rieley
Abigail Rieley
Used - Very Good
Paperback
O'Brien Press Ltd
2010-06-14
312
N/A
Book picture is for illustrative purposes only, actual binding, cover or edition may vary.
This is a used book - there is no escaping the fact it has been read by someone else and it will show signs of wear and previous use. Overall we expect it to be in very good condition, but if you are not entirely satisfied please get in touch with us
Trustpilot