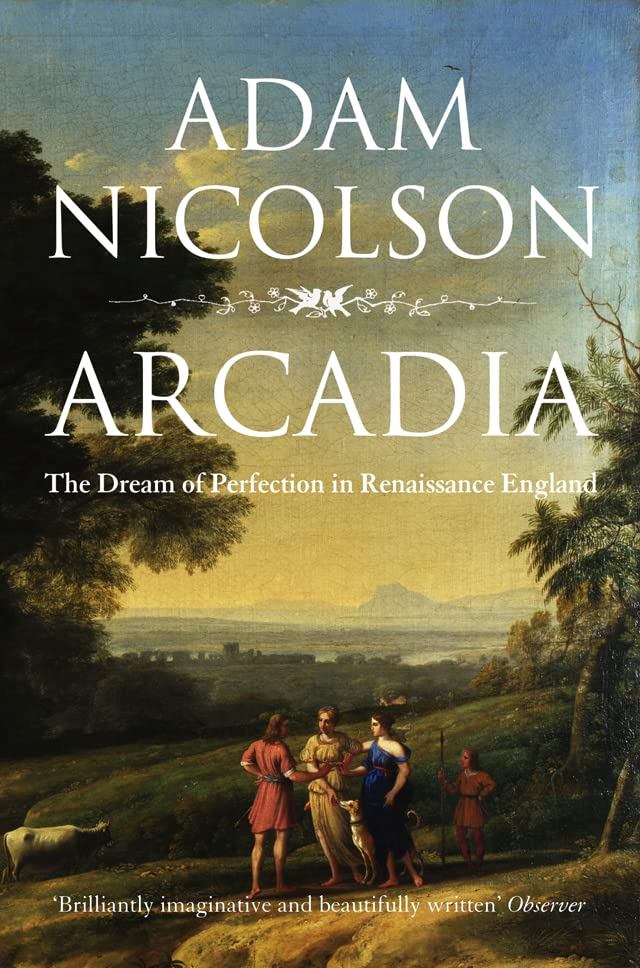 A fascinating depiction from award-winning author, Adam Nicolson, of a family and a country on the hinge of modernisation.

Arcadia: England and the Dream of Perfection by Adam Nicolson

A fascinating depiction from award-winning author, Adam Nicolson, of a family and a country on the hinge of modernisation.

Was our country once a better place? Has modernisation destroyed as much as it has improved? And can we see in an earlier Britain a way of living, an Arcadia, which now seems both ideal and remote?

Through 16th- and 17th-century England, the changes of an approaching modernity accelerated. With the growing power of the state, the disruption of the traditional bonds of society, the breaking of communities and the marginalisation of the great families who had once balanced the power of the crown, the new mercantile, individualist world increasingly clashed with the communal and chivalric ideals of the old.

To tell this story from the 1520s to the 1640s, Adam Nicolson takes a single great family, the Earls of Pembroke, their wives, children, estates, tenants and allies, and follows their high and glamorous trajectory across three generations of change, nostalgia, ambition, resistance and war.

`Arcadia' is a rich and detailed evocation of England on the hinge of medieval and modern, and in this wide-ranging book Adam Nicolson explores a world in transition, moving from the intrigues, alliances and vendettas of the court to the intricate, everyday business of rural communities managing their affairs in times of stress. It was an England caught up in its first taste of modernity, yet divided over how to react to it, split between the old and the new, the moment at which the world we have lost turned into the world it has now become.

'A brilliantly imaginative and beautifully written coup of scholarship. Nicolson has written well about the English landscape before, but here he surpasses himself. Fascinating and absorbing.' Observer

'Absorbing...Nicolson recreates, with admirable vigour and a sure control of complicated details a country in crisis...wonderful, lyrical and contemplative.' Guardian

'Fascinating...a rich, informative and original book...it weaves its three themes together in a deft and beguiling way.' Sunday Telegraph

'Nicolson is a terrific writer. The countryside scenery essential to his drama is described with transcendent sensitivity.' Independent

`Rich in details and atmosphere with some lush nature writing.' Guardian

Adam Nicolson is the author of many books on history, travel and the environment. He is the winner of the Somerset Maugham Award, the British Topography Prize and the WH Heinemann Award. He lives on a farm in Sussex. This is his fith book for HarperCollins - his previous four being `Men of Honour', `Sea Room', `Power and Glory' and `Seamanship'.

GOR001653605
Arcadia: England and the Dream of Perfection by Adam Nicolson
Adam Nicolson
Used - Very Good
Paperback
HarperCollins Publishers
2009-02-19
400
0007240538
9780007240531
N/A
Book picture is for illustrative purposes only, actual binding, cover or edition may vary.
This is a used book - there is no escaping the fact it has been read by someone else and it will show signs of wear and previous use. Overall we expect it to be in very good condition, but if you are not entirely satisfied please get in touch with us.