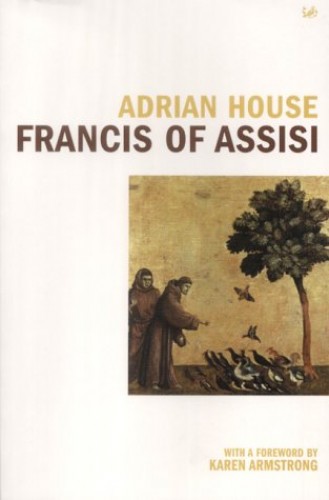 Francis Of Assisi
by Adrian House

Out of Stock
$20.49
inc. GST
After his debauchery as a young playboy, merchant and soldier - he fought at the Battle of Collestrada - he stripped naked in court, abandoned everything he owned and devoted his life to the poorest and the sick. his second order, the Poor Clares, for women, soon numbered hundreds, including royalty and half a dozen saints;
Very Good
Only 0 left

Francis Of Assisi by Adrian House

Francis of Assisi (1182-1226) was the least dogmatic of saints, seeing himself as God's troubadour or fool. His life was rich in its succession of dramas. After his debauchery as a young playboy, merchant and soldier - he fought at the Battle of Collestrada - he stripped naked in court, abandoned everything he owned and devoted his life to the poorest and the sick. On his missions he walked over the Pyrenees barefoot, was shipwrecked, and crossed the lines during the Fifth Crusade to parley with the Sultan in Egypt. In 1224 marks similar to Christ's wounds appeared on his hands, feet and side, the first recorded case of stigmata. Francis's feelings for creation, epitomised in his sermon to the birds, stimulated the realism of the Italian Renaissance artists; his vernacular poems inclined Dante to write The Divine Comedy in Italian not Latin. The first religious order he founded, for men, had a radical effect on social justice and the developing universities in Europe; his second order, the Poor Clares, for women, soon numbered hundreds, including royalty and half a dozen saints; his third, for laity sworn to peace, helped destroy the military power of feudalism. But above all it is through his universal love that he has influenced the world for nearly eight centuries, drawing more than three million people every year to his tomb in Assisi.

"A fast moving, fresh and engaging unorthodox account of a man who set his face against the pomp and wealth of the medieval Church, and - in more recent times - has been hailed as the patron saint of the ecological movement" -- Jeremy Lewis * Sunday Express *
"Gentle and reflective...soothing and rewarding...This is a book to be grateful for. It is a beautifully clear exposition of a life that is worth emulating" -- Ann Wroe * Daily Telegraph *
"A fascinating, exceptionally well-written evocation of the life and times of St Francis...an altogether splendid book" -- Eric Newby
"A flowing, readable and often immensely elegant account of a remarkable life. It more than manages to accommodate a polished and intelligent retelling with a strong narrative thrust, an absence of arcane language, and a freshness and vitality that grows out of observations made while house followed in Francis's footsteps around the shore of the Mediterranean" -- Peter Stanford * Independent *

Adrian House read Modern History at New College, Oxford, and was for many years a publisher with William Collins. He spent four years researching and writing this book, living for six months in Assisi and visiting Franciscan sites, communities and libraries in Britain, Italy, Spain, Egypt and the United States. Francis of Assisi therefore combines his own earliest sources and the work of contemporary authorities. In 1989 he helped to produce the documentary series Art, Faith and Vision for Channel 4. He is the author of a joint biography of George and Joy Adamson, who were famous for Born Free, the story of their African lioness.

GOR001711848
Francis Of Assisi by Adrian House
Adrian House
Used - Very Good
Paperback
Vintage Publishing
2001-11-01
352
0712668144
9780712668149
N/A
Book picture is for illustrative purposes only, actual binding, cover or edition may vary.
This is a used book - there is no escaping the fact it has been read by someone else and it will show signs of wear and previous use. Overall we expect it to be in very good condition, but if you are not entirely satisfied please get in touch with us.