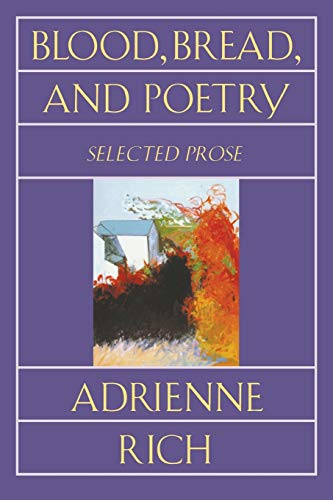 Out of Stock
$26.99
inc. GST
That Adrienne Rich is a not only a major American poet but an incisive, compelling prose writer is made clear once again by this collection, in which she continues to explore the social and political context of her life and art.
Very Good
Only 0 left

Examining the connections between history and the imagination, ethics and action, she explores the possible meanings of being white, female, lesbian, Jewish, and a United States citizen, both at this particular time and through the lens of the past.

"Rich not only asserts but demonstrates that every woman's soul is haunted 'by the spirits of earlier women who fought for their unmet needs'... Throughout, Rich underscores the duty of American women artists to 'take women's existence seriously as a source of art.' Highly recommended."