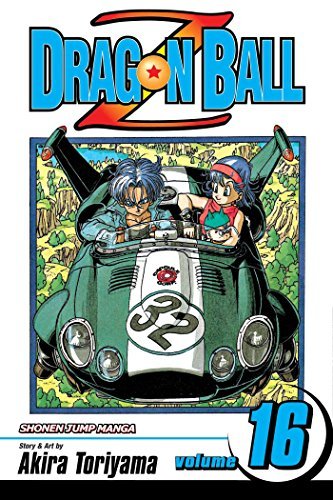 The Room of Spirit and Time

Cell has fused with android #17, becoming practically invincible - but not for long! Training in the Room of Spirit and Time, where a year passes for every day outside, Vegeta and Trunks have gone beyond the Super Saiyan, reaching a level of power even greater than second-stage Cell! Now Cell is the one who is outmatched - but Vegeta hates a boring fight. Succumbing to his pride, Vegeta agrees to help Cell fuse with android #18, the last element he needs to become "perfect," so he can have the honour of defeating the strongest being in the world!

GOR001710199
Dragon Ball Z, Vol. 16 by Akira Toriyama
Akira Toriyama
Dragon Ball Z
Used - Very Good
Paperback
Viz Media, Subs. of Shogakukan Inc
2004-08-03
192
1591163285
9781591163282
N/A
Book picture is for illustrative purposes only, actual binding, cover or edition may vary.
This is a used book - there is no escaping the fact it has been read by someone else and it will show signs of wear and previous use. Overall we expect it to be in very good condition, but if you are not entirely satisfied please get in touch with us.