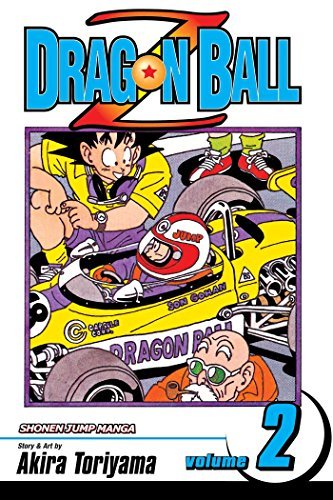 After years of training and adventure, Goku has become Earth's ultimate warrior. And his son, Gohan, shows even greater promise. But the stakes are increasing as even deadlier enemies threaten the planet. DRAGON BALL Z is the ultimate science fiction-martial arts manga.

Goku is dead--but his journey is just beginning. Now he must travel through the afterlife along the million-kilometer Serpent Road to find Kaio-sama, the Lord of Worlds, who will teach him martial arts techniques so powerful they're reserved for the gods! And he'd better hurry, too, because Earth has only nine months until the evil Saiyans, Vegeta and Nappa, will arive to wipe the planet clean of life. While the archdemon Piccolo trains Goku's son Gohan to reach his full power potential, the alien spaceships rocket ever closer...bearing a power so awesome that even Earth's six strongest heroes may not be a match for it!!!

GOR008479290
Dragon Ball Z, Vol. 2: The Lord of Worlds by Akira Toriyama
Akira Toriyama
Dragon Ball Z
Used - Like New
Paperback
Viz Media, Subs. of Shogakukan Inc
2003-05-06
192
1569319316
9781569319314
N/A
Book picture is for illustrative purposes only, actual binding, cover or edition may vary.
The book has been read, but looks new. The book cover has no visible wear, and the dust jacket is included if applicable. No missing or damaged pages, no tears, possible very minimal creasing, no underlining or highlighting of text, and no writing in the margins.