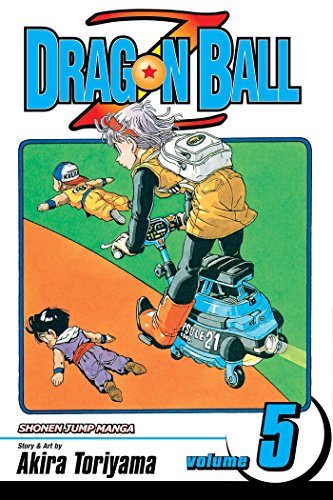 After years of training and adventure, Goku has become Earth's ultimate warrior. And his son, Gohan, shows even greater promise. But the stakes are increasing as even deadlier enemies threaten the planet. DRAGON BALL Z is the ultimate science fiction-martial arts manga.

In the aftermath of his battle with Goku, Vegeta retreats from Earth, vowing revenge. In search of a way to resurrect their dead friends, Kuririn, Gohan, and Bulma go into space in search of Namek--Piccolo's home planet where the Dragon Balls were originally made. But Namek has become a battleground, where evil emperor Freeza and his minions are slaughtering the peaceful Namekians to fulfill Freeza's wish for immortality! Stranded on a planet full of enemies, the three astronauts radio back to Earth...but "help" comes from an unexpected source as Vegeta turns against his former master Freeza in order to get the Dragon Balls for himself!

GOR001878941
Dragon Ball Z, Vol. 5: Dragon Ball In Space by Akira Toriyama
Akira Toriyama
Dragon Ball Z
Used - Very Good
Paperback
Viz Media, Subs. of Shogakukan Inc
2003-05-06
192
1569319340
9781569319345
N/A
Book picture is for illustrative purposes only, actual binding, cover or edition may vary.
This is a used book - there is no escaping the fact it has been read by someone else and it will show signs of wear and previous use. Overall we expect it to be in very good condition, but if you are not entirely satisfied please get in touch with us.