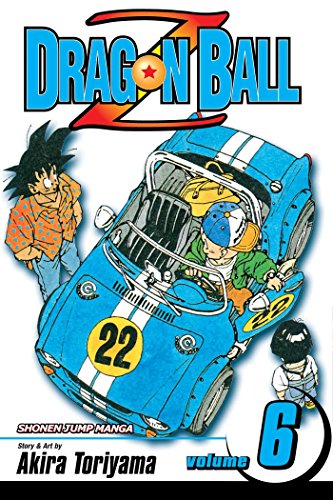 After years of training and adventure, Goku has become Earth's ultimate warrior. And his son, Gohan, shows even greater promise. But the strikes are increasing as even deadlier enemies threaten the planet. More action-packed than the stories of Goku's youth, Dragon Ball Zis the ultimate science fiction martial arts manga. Get ready for action as time travellers, aliens, deities and the mighty Super Saiyans clash over the fate of the universe!

On the green skies and blue plains of Planet Namek, a war rages between two equally evil forces: Emperor Freeza, who wants to use Namek's Dragon Balls to become immortal, and Vegeta, last prince of the Saiyans, who has betrayed his former master in search of the same prize. Trapped between these two mighty enemies are the peaceful Namekians, and Earth's heroes Kuririn, Gohan and Bulma! As Freeza's henchmen Dodoria and Zarbon trade blows with the ever-stronger Vegeta, the Earthlings put their own lives at risk to protect the Namekians until Son Goku's spaceship arrives. But can even Goku's new training regimen - under 20 times Earth's gravity - prepare him for what awaits on this alien world?

GOR008479278
Dragon Ball Z, Vol. 6 by Akira Toriyama
Akira Toriyama
Dragon Ball Z
Used - Like New
Paperback
Viz Media, Subs. of Shogakukan Inc
2003-05-06
192
1569319359
9781569319352
N/A
Book picture is for illustrative purposes only, actual binding, cover or edition may vary.
The book has been read, but looks new. The book cover has no visible wear, and the dust jacket is included if applicable. No missing or damaged pages, no tears, possible very minimal creasing, no underlining or highlighting of text, and no writing in the margins.