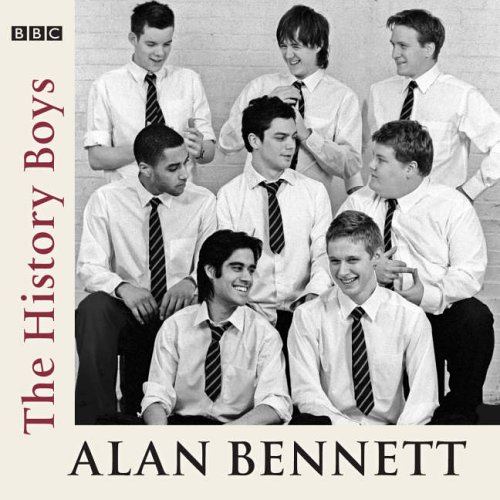 The History Boys
by Alan Bennett

The History Boys by Alan Bennett

After a sell-out national tour and an extended stage run, Alan Bennett's phenomenally successful play transferred to BBC Radio 3, with Richard Griffiths, Clive Merrison and Frances de la Tour starring as part of the National Theatre cast. At a boys' grammar school in Sheffield, eight boys are being coached for the Oxbridge entrance exams. It is the mid-eighties, and the main concern of the unruly bunch of bright sixth-formers is getting out, starting university - and starting life. At the heart of The History Boys are four characters, each with contrasting outlooks on teaching and school: Hector, an eccentric English teacher with no interest in exams; Irwin, a young supply teacher who sees history as `entertainment'; Mrs Lintott, a traditionalist, who teaches `history, not histrionics'; and a Headmaster obsessed with results. Described as `the richest play Bennett has ever written' (Financial Times), staff-room rivalry and the anarchy of adolescence collide in an intensely moving and thought-provoking play. Winner of the Olivier, Evening Standard, Critics' Circle and South Bank Show Awards for Best New Play. `A superb, life-enhancing play' - Guardian. 2 CDs. 2 hrs 30 mins.

"Intensely moving as well as thought-provoking and funny" * Daily Telegraph *
"Alan Bennett's brilliant, linguists ear for language makes this play a true delight, echoing in the mind long after the talking has ceased" * Good Book Guide *

Alan Bennett is one of Britain's best-loved and most highly acclaimed writers. He has written widely for radio, television and theatre. His latest play, The History Boys, won several awards, including Evening Standard and Critics' Circle Awards for Best Play and the Laurence Olivier Award for Best New Play. It also won six Tony Awards, including Best Play, following an extremely successful transfer to Broadway. In 2006 Bennett was named Author of the Year at the British Book Awards for Untold Stories, his collection of memoirs and diaries.

GOR005378222
The History Boys by Alan Bennett
Alan Bennett
Used - Very Good
Hardback
BBC Audio, A Division Of Random House
2006-04-03
0563504099
9780563504092
N/A
Book picture is for illustrative purposes only, actual binding, cover or edition may vary.
This is a used book - there is no escaping the fact it has been read by someone else and it will show signs of wear and previous use. Overall we expect it to be in very good condition, but if you are not entirely satisfied please get in touch with us.