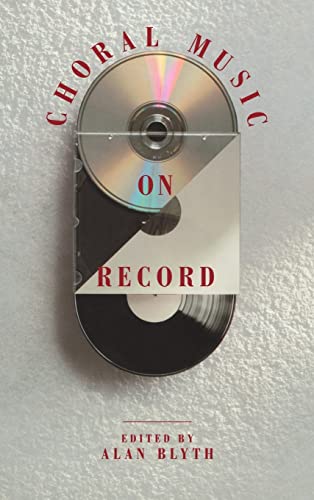 Used Price
$23.99
inc. GST
Free Shipping in Australia
This 1991 book presents detailed discussion by well-known critics and writers of every recording of selected major choral works, preceded by an introduction to each piece. Interpretations on record are analysed critically from the point of view of an authority in each field.
Very Good

Following the successful volumes of Song on Record, this 1991 book surveys all the recordings of major choral works from the Monteverdi Vespers to Britten's War Requiem. Discussion of the various interpretations on record is preceded, in each chapter, by informed criticism of the work concerned, including - where appropriate - a clarification of editions, revisions, etc. (all the many changes in Messiah are, for instance, described in detail). The coverage of recordings is exhaustive and its value is enhanced by detailed discographies, with numbers of each recording. Each contributor is an authority within his or her specialist area and, collectively, their insights and observations make the book invaluable to record collectors, music lovers and all with an interest in changing tastes and styles of musical performance.

"...record collectors, researchers, and others interested in this music will want access to this publication." Library Journal
"This treasury of history, record listings and opinion is ideal for experienced collectors who have grown up with many of the recordings discussed here. And, as they read about them, they will recall jacket covers and emotions from past years. New collectors will also benefit tremendously from the affection lavished on the music and find much more in an educated sense than in books devoted purely to program note-like discussions." Los Angeles Reader
"Alan Blyth's surveys of recorded literature have become indispensable overviews of major works....This is a valuable reference and will surely be consulted as often as Blyth's earlier guides." American Record Guide

GOR001723004
Choral Music on Record by Alan Blyth
Alan Blyth
Used - Very Good
Hardback
Cambridge University Press
1991-03-07
318
0521363098
9780521363099
N/A
Book picture is for illustrative purposes only, actual binding, cover or edition may vary.
This is a used book - there is no escaping the fact it has been read by someone else and it will show signs of wear and previous use. Overall we expect it to be in very good condition, but if you are not entirely satisfied please get in touch with us.