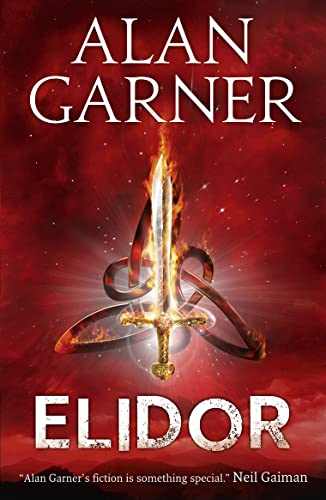 On a gloomy day in Manchester, Roland, Helen, Nicholas and David are lured into a ruined church, where the fabric of time and place is weak enough to allow them into the twilight world of Elidor. It is a place almost destroyed by fear and darkness, and the children are charged with guarding its Treasures while a way is sought to save the dying land.

Then the evil forces find a path through to this world...

"Funny and wise" Cressida Cowell, author of `How to Train Your Dragon'

Praise for The Phantom Tollbooth:
`An altogether remarkable book, one that should delight any bright child, and that will be no burden for a parent to read aloud. Related with unflagging wit and a marvellous sense of the fun to be had with words, this book will be enjoyed by children for years to come.' Spectator

Praise for The Sword in the Stone:
`One of the most significant books in my life...One of the greatest and most influential fantasy novels of the last hundred years."
Garth Nix

GOR001990370
Elidor by Alan Garner
Alan Garner
Used - Very Good
Paperback
HarperCollins Publishers
2008-09-01
208
0007274785
9780007274789
N/A
Book picture is for illustrative purposes only, actual binding, cover or edition may vary.
This is a used book - there is no escaping the fact it has been read by someone else and it will show signs of wear and previous use. Overall we expect it to be in very good condition, but if you are not entirely satisfied please get in touch with us.