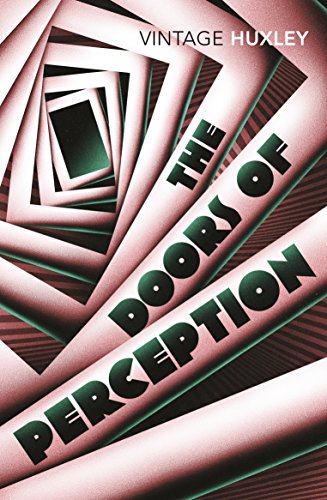 The Doors of Perception
by Aldous Huxley

Out of Stock
$16.49
inc. GST
In 1953, in the presence of an investigator, Aldous Huxley took four-tenths of a gramme of mescalin, sat down and waited to see what would happen. When he opened his eyes everything, from the flowers in a vase to the creases in his trousers, was transformed.
Very Good
Only 0 left

The Doors of Perception Summary

The Doors of Perception: And Heaven and Hell by Aldous Huxley

Discover this profound account of Huxley's famous experimentation with mescalin that has influenced writers and artists for decades.

'Concise, evocative, wise and, above all, humane, The Doors of Perception is a masterpiece' Sunday Times

In 1953, in the presence of an investigator, Aldous Huxley took four-tenths of a gram of mescalin, sat down and waited to see what would happen. When he opened his eyes everything, from the flowers in a vase to the creases in his trousers, was transformed. Huxley described his experience with breathtaking immediacy in The Doors of Perception.

In its sequel Heaven and Hell, he goes on to explore the history and nature of mysticism. Still bristling with a sense of excitement and discovery, these illuminating and influential writings remain the most fascinating account of the visionary experience ever written.

WITH A FOREWORD J.G. BALLARD

The Doors of Perception Reviews

Concise, evocative, wise and, above all, humane, The Doors of Perception is a masterpiece * Sunday Times *
There is nothing the pen of Huxley touches which it does not illuminate, and as the record of a highly civilised, brilliantly articulate man under the influence of an astonishing drug, The Doors of Perception is a tour de force * Daily Telegraph *
You can look at Aldous Huxley and draw parallels with the Beatles: Crome Yellow and Those Barren Leaves were his breakthrough Merseybeat books, Point Counter Point was his 'Revolver', with The Doors of Perception his full-blown Sergeant Pepper trip. Like the Beatles, Huxley had so many ideas in his head that it was natural he would want to expand and experiment. What drugs provided for them both was not escape, but reevaluation * The Times *
The Doors of Perception is a poignant book, partly because it reveals the human frailties and yearnings of a very cerebral writer * Financial Times *

Aldous Huxley was born on 26 July 1894 near Godalming, Surrey. He began writing poetry and short stories in his early 20s, but it was his first novel, Crome Yellow (1921), which established his literary reputation. This was swiftly followed by Antic Hay (1923), Those Barren Leaves (1925) and Point Counter Point (1928) - bright, brilliant satires in which Huxley wittily but ruthlessly passed judgement on the shortcomings of contemporary society. For most of the 1920s Huxley lived in Italy and an account of his experiences there can be found in Along the Road (1925). The great novels of ideas, including his most famous work Brave New World (published in 1932 this warned against the dehumanising aspects of scientific and material 'progress') and the pacifist novel Eyeless in Gaza (1936) were accompanied by a series of wise and brilliant essays, collected in volume form under titles such as Music at Night (1931) and Ends and Means (1937). In 1937, at the height of his fame, Huxley left Europe to live in California, working for a time as a screenwriter in Hollywood. As the West braced itself for war, Huxley came increasingly to believe that the key to solving the world's problems lay in changing the individual through mystical enlightenment. The exploration of the inner life through mysticism and hallucinogenic drugs was to dominate his work for the rest of his life. His beliefs found expression in both fiction (Time Must Have a Stop,1944, and Island, 1962) and non-fiction (The Perennial Philosophy, 1945; Grey Eminence, 1941; and the account of his first mescalin experience, The Doors of Perception, 1954. Huxley died in California on 22 November 1963.

GOR001294134
The Doors of Perception: And Heaven and Hell by Aldous Huxley
Aldous Huxley
Used - Very Good
Paperback
Vintage Publishing
2004-09-02
144
0099458209
9780099458203
N/A
Book picture is for illustrative purposes only, actual binding, cover or edition may vary.
This is a used book - there is no escaping the fact it has been read by someone else and it will show signs of wear and previous use. Overall we expect it to be in very good condition, but if you are not entirely satisfied please get in touch with us.