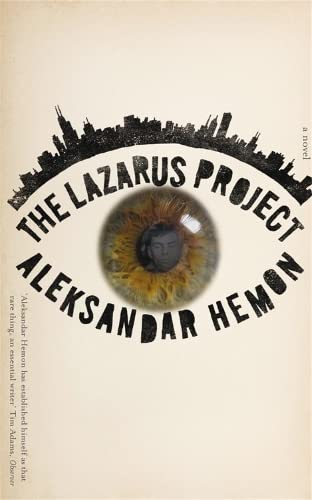 The Lazarus Project
by Aleksandar Hemon

In Stock
$21.49
inc. GST
`Aleksandar Hemon has established himself as that rare thing, an essential writer' Tim Adams, Observer
Like New Very Good Good
Only 1 left

The Lazarus Project by Aleksandar Hemon

On 2 March 1908, nineteen-year-old Lazarus Averbuch, a Russian Jewish immigrant to Chicago, tried to deliver a letter to the home of the city's Chief of Police, George Shippy. Instead of taking the letter, Shippy shot Averbuch twice, killing him.

Lazarus Averbuch, Shippy claimed, was an anarchist assassin and an agent of foreign operatives who wanted to bring the United States to its knees. His sister, Olga, was left alone and bereft in a city - and country - seething with political and ethnic tensions.

In the twenty-first century, Brik, a young Bosnian writer in Chicago, becomes obsessed with finding out the truth of what happened to Lazarus. And so Brik and his friend Rora, a charming and unreliable photographer, set off on a journey back to Lazarus Averbuch's birthplace, through a history of pogroms and poverty and a present of gangsters and prostitutes.

`Masterful . . . troubling, funny and redemptive . . . ingenious . . . Hemon is as much a writer of the senses as of the intellect. He can be very funny: the novel is full of jokes and linguistic riffs that justify comparisons to Nabokov' Washington Post

'The fearless and spirited expression of a turbulent literary talent . . . For all Hemon's nods to other writers -- one catches glimpses not only of Nabokov and Sebald but of Bulgakov, Pamuk, Amis, Poe -- he is entirely his own man, an original who owes no debts to anyone' Patrick McGrath, Book Forum

`Profoundly moving . . . A literary page-turner that combines narrative momentum with meditations on identity and mortality' Kirkus

aA masterful new novel. . . Ingenious. . .Hemon is as much a writer of the senses as of the intellect.a a"Washington Post Book Review" aIncandescent. When your eyes close, the power of this novel, of Hemonas colossal talent, remains.a aJunot DA-az, author of "The Brief Wondrous Life of Oscar Wao" aHemon is immensely talentedaa natural storyteller and a poet, a maker of amazing, gorgeous sentences in what is his second language.a a"Los Angeles Times Book Review" aRemarkable, and remarkably entertaining.a aThe New York Times Book Review aA physical, historical, and pre-eminently psychological journey.a a"San Francisco Chronicle" aStunninga][a] vivid novela]wildly palpably real.a a"Boston Globe" aA measured, clear spotlight of injustice, made all the more eloquent by the prickly humor of the author.a a"Los Angeles Times" aHemonas writing sometimes reminds one of Nabokovas...yet the feat of his reinvention exceeds the Russianas.a aJames Wood, "The New Yorker" aA profoundly moving novela]A literary page-turner that combines narrative momentum with meditations on identity and mortality.a a"Kirkus Reviews,"

Aleksandar Hemon was born in Sarajevo and lives in Chicago. He is the author of The Question of Bruno, Nowhere Man, Love and Obstacles, and The Lazarus Project, which was a finalist for both the National Book Award and the National Book Critics Circle Award. His work also appears regularly in the New Yorker and Granta, among other publications.

GOR010438748
The Lazarus Project by Aleksandar Hemon
Aleksandar Hemon
Used - Like New
Hardback
Pan Macmillan
2008-08-01
304
0330458418
9780330458412
N/A
Book picture is for illustrative purposes only, actual binding, cover or edition may vary.
The book has been read, but looks new. The book cover has no visible wear, and the dust jacket is included if applicable. No missing or damaged pages, no tears, possible very minimal creasing, no underlining or highlighting of text, and no writing in the margins.