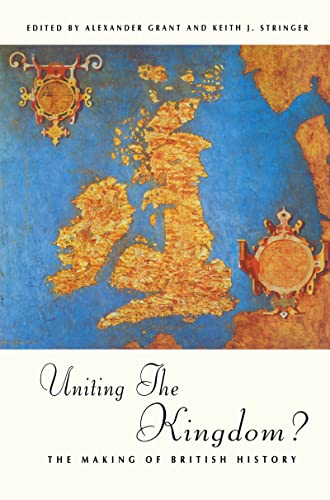 Uniting the Kingdom?
by Alexander Grant

In Stock
$26.49
inc. GST
This collection of essays is based on a conference held in 1994 on the subject of "The Formation of the United Kingdom". Medievalists, early modernists and modernists discuss such issues as expansion and contraction, tensions and conflicting historiographies.
Very Good
Only 2 left

Uniting the Kingdom?: The Making of British History by Alexander Grant

In Uniting the Kingdom? a group of the most distinguished historians from Britain and Ireland assemble to consider the question of British identity spanning the period from the Middle Ages to the present.
Traditional chronological and regional frontiers are broken down as medievalists, early modernists and modernists debate the key issues of the British state: the conflicting historiographies, the nature of political tensions and the themes of expansion and contraction.
This outstanding collection of essays forms an illuminating introduction to the most up-to-date thinking about the problems of British histories and identities.

"Well conceived, organized and executed, the volume frames and explores the many questions that historians of Britain will need to be addressing in the years ahead."
-Howard Nenner, Smith College, Massachusetts

GOR005263576
Uniting the Kingdom?: The Making of British History by Alexander Grant
Alexander Grant
Used - Very Good
Hardback
Taylor & Francis Ltd
1995-11-30
324
0415130417
9780415130417
N/A
Book picture is for illustrative purposes only, actual binding, cover or edition may vary.
This is a used book - there is no escaping the fact it has been read by someone else and it will show signs of wear and previous use. Overall we expect it to be in very good condition, but if you are not entirely satisfied please get in touch with us.