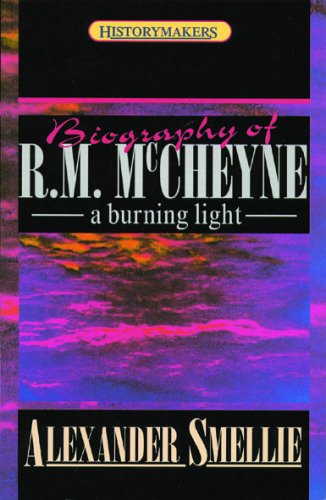 If we were to ask God to give us an example of how he can use someone to the full, even over a short period of time, then Robert Murray McCheyne would be a prime candidate.

He was the pastor of St. Peters, Dundee for seven years until 1843, a period of time which ended in his death when he was only in his thirtieth year. He preached 'as a dying man to dying men'.

His sermons were spiritual and forceful and attended with wonderful power and fruitfulness at a time of undeniable revival - they are still models for today's preachers.

As an eyewitness said of him 'He preached with eternity stamped upon his brow. I yet see his seraphic countenance, and hear his sweet and tender voice. I was spell bound, and would not keep my eyes off him for a moment. He announced his text - What a sermon! I trembled, and never felt God so near. His appeals went to my heart, and, as he spoke of the last day in the darkening twilight, for once I began to pray!'

McCheyne's life is an inspiration to us all. This popular biography tells us about his life and loves, indeed all that was dear to him, and humbles us to find a greater love for God in our daily lives.