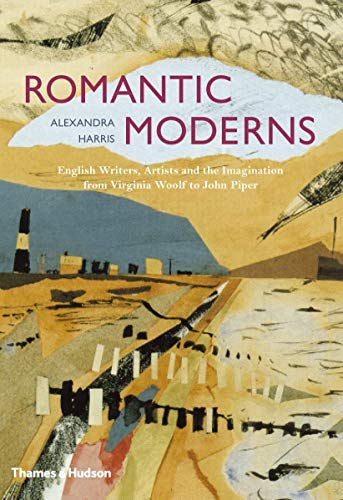 In Stock
$31.99
inc. GST
Presents a case for the interest and importance of the English arts during the modern period.
Like New Very Good Good
Only 1 left

In this new and engaging study Alex Harris presents a confident case for the interest and importance of the English arts during the modern period. During the 1930s and 1940s, a rich network of cultural and personal encounters was the backdrop for a modern English renaissance, with English artists exploring what it meant to be alive at that moment and in England. Harris examines the work of writers, painters, gardeners, architects, critics and composers, some well known and some almost forgotten: John Betjeman, Florence White, Evelyn Waugh, Elizabeth Bowen, the Sitwells, John Piper, Cecil Beaton and more.

'A joy to read ... the originality of Romantic Moderns is the extraordinary breadth of its focus' - Sunday Times
'It would be impossible to over-emphasise what a clever book Romantic Moderns is ... not just an important book but a deeply pleasurable one, too' - Guardian (Book of the Week)
'Teems with fascinating detail ... Well researched, wide-ranging and generously illustrated, the book contains many delights and surprises' - Daily Telegraph
'Brilliant, delightfully readable ... thoroughly invigorating' - Financial Times

Alexandra Harris studied at Oxford and at the Courtauld Institute in London, and worked at Christie's for a year before returning to Oxford to write a doctorate on art and literature in the 1930s. She is now a lecturer in English at the University of Liverpool, running courses on Modernism and American writing, and leading the MA in Contemporary Literature. Her first full-length book, Romantic Moderns, was the winner of the 2010 Guardian First Book Award. Alexandra Harris was also a winner in the BBC's 'New Generation Thinkers' contest in 2011.

GOR007858368
Romantic Moderns: English Writers, Artists and the Imagination from Virginia Woolf to John Piper by Alexandra Harris
Alexandra Harris
Used - Like New
Hardback
Thames & Hudson Ltd
2010-09-23
320
0500251711
9780500251713
Joint winner of Somerset Maugham Award 2011
Book picture is for illustrative purposes only, actual binding, cover or edition may vary.
The book has been read, but looks new. The book cover has no visible wear, and the dust jacket is included if applicable. No missing or damaged pages, no tears, possible very minimal creasing, no underlining or highlighting of text, and no writing in the margins.