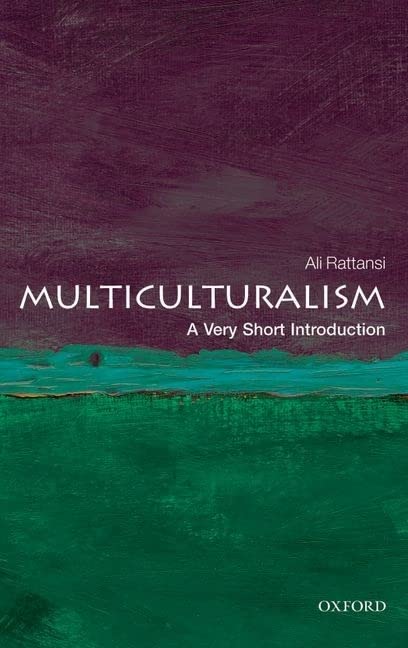 Out of Stock
$19.49
inc. GST
Has multiculturalism failed? Is it time to move on? What is the alternative? Ali Rattansi explores the issues, from national identity and social cohesion to cultural fragmentation and 'political correctness'. Providing a balanced assessment of the truth and falsity of the charges against multiculturalism, he explores new ideas for the future.
Very Good
Only 0 left

Multiculturalism appears to be in terminal crisis. It has been blamed for undermining national identity, diluting social cohesion, creating ethnic ghettos and cultural fragmentation, providing fertile ground for Islamic radicalism, encouraging perverse 'political correctness', and restricting liberal freedoms of expression, amongst other things. The public debate over multiculturalism has polarised opinion amongst the general public, policy makers, and politicians. But how much real evidence, beyond tabloid headlines and anecdotes, exists for these claims? In this Very Short Introduction, Ali Rattansi considers the actual evidence from social science research to provide a balanced assessment of the truth and falsity of the charges against multiculturalism. Dispelling many myths in the process, he also warns about the dangers that lurk in an uncritical endorsement of multiculturalism, and concludes by arguing that it is time to move on to a form of 'interculturalism'. ABOUT THE SERIES: The Very Short Introductions series from Oxford University Press contains hundreds of titles in almost every subject area. These pocket-sized books are the perfect way to get ahead in a new subject quickly. Our expert authors combine facts, analysis, perspective, new ideas, and enthusiasm to make interesting and challenging topics highly readable.

Anyone seeking an authoritative analysis of multiculturalism need look no further than this book. Comparative in nature, sophisticated yet accessible, it demolishes the myths that opponents have created around multicultural policies. The author also provides an incisive contribution to where the debate about such poicies should move in the future. * Professor Lord Anthony Giddens *
Ali Rattansi has written a highly accessible and academically sound analysis of research outcomes and actual policy measures in Britain and several other West European immigration countries, in particular France and the Netherlands. He argues convincingly that implementing core Western values cannot but lead to a form of multiculturalism, even though most politicians no longer like to give it that name. I highly recommend reading this book. * Han Entzinger, Erasmus University Rotterdam *

Ali Rattansi was educated at the Universities of Manchester and Cambridge. His publications include Racism: A Very Short Introduction (OUP, 2007), Race, Culture, and Difference (Sage 1992), and Racism, Modernity, and Identity (Polity Press, 1994).