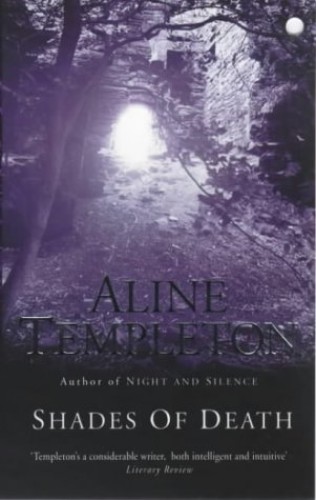 Shades of Death
by Aline Templeton

Out of Stock
$18.49
inc. GST
A mesmerising psychological thriller set in the Derbyshire Peak District
Very Good
Only 0 left

Shades of Death by Aline Templeton

Seventeen years after her death, the skeletal remains of an eleven-year-old girl are discovered buried deep in the caves of Derbyshire's Peak District. Close by the body lies a crudely-carved clay artefact of a sinister jackal-headed creature. In the ensuing police investigation, the secrets surrounding a group of now grown-up children and their sinister 'Egyptian game' are gradually revealed. Secrets which have lain buried for almost twenty years. Secrets which will emerge with unexpected and devastating consequences.

Aline Templeton grew up in Scotland and read English at Girton College, Cambridge. She has worked in education and broadcasting, and now lives in Perthshire where she is a Justice of the Peace. She has a grown-up son and daughter.

GOR000883609
Shades of Death by Aline Templeton
Aline Templeton
Used - Very Good
Paperback
Hodder & Stoughton General Division
2001-05-17
464
0340794291
9780340794296
N/A
Book picture is for illustrative purposes only, actual binding, cover or edition may vary.
This is a used book - there is no escaping the fact it has been read by someone else and it will show signs of wear and previous use. Overall we expect it to be in very good condition, but if you are not entirely satisfied please get in touch with us.