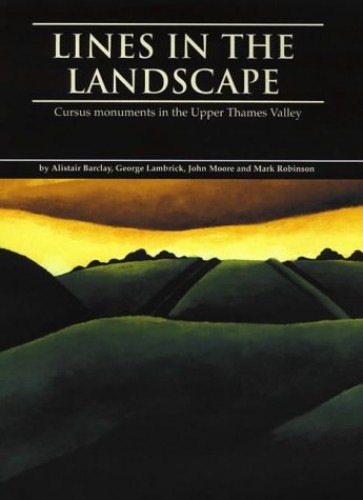 Lines in the Landscape
by Alistair Barclay

Used Price
$61.99
inc. GST
Free Shipping in Australia
The Upper Thames Valley is an important area for prehistoric monuments and has one of the highest concentrations of cursuses, distinctive linear or elongated earthworks, in Britain.
Very Good

Lines in the Landscape Summary

Lines in the Landscape: Cursus monuments in the Upper Thames Valley by Alistair Barclay

The Upper Thames Valley is an important area for prehistoric monuments and has one of the highest concentrations of cursuses, distinctive linear or elongated earthworks, in Britain. In the 1980s the Oxford Archaeological Unit along with the Abingdon Area Archaeological and Historical Society had the opportunity to extensively investigate one of these sites at Drayton. This site has produced many significant results for our present understanding of the date, construction and use of cursus monuments on the lowland river gravels of Britain. This volume reports on the excavations at Drayton, and includes an account of small-scale excavations undertaken at the Lechlade cursus by OAU and Lance and Faith Vatcher. It also provides a gazetteer of known cursus monuments in the Upper Thames Valley.

Lines in the Landscape Reviews

The book is excellently produced, well laid out with a clear, easy to use structure and a contents list of almost index detail....present[s] one of the best datasets we have for cursus excavation.'--Alex Gibson "Landscape History, 25, 2003 "
Barclay et al are to be congratulated, both for their work in pulling together and making coherent a series of disparate development-led excavations, and in contextualising that work through a valuable extended discussion that enhances our understanding of later fourth millennium BC monumentality and the regions prehistory.'--Joshua Pollard "Antiquity, 2005 "

Alistair Barclay current works as Principal Post-Excavation Manager for Cotswold Archaeology and has been involved in publication for nearly 30 years in which time he has contributed to more than a dozen monographs as co-author/editor, he has also written and edited numerous articles. He was co-editor of NSG 4: Pathways and Ceremonies: the cursus monuments of Britain and Ireland.

GOR006911055
Lines in the Landscape: Cursus monuments in the Upper Thames Valley by Alistair Barclay
Alistair Barclay
Thames Valley Landscapes Monograph
Used - Very Good
Hardback
Oxford University School of Archaeology
2003-05-23
260
0947816798
9780947816797
N/A
Book picture is for illustrative purposes only, actual binding, cover or edition may vary.
This is a used book - there is no escaping the fact it has been read by someone else and it will show signs of wear and previous use. Overall we expect it to be in very good condition, but if you are not entirely satisfied please get in touch with us.