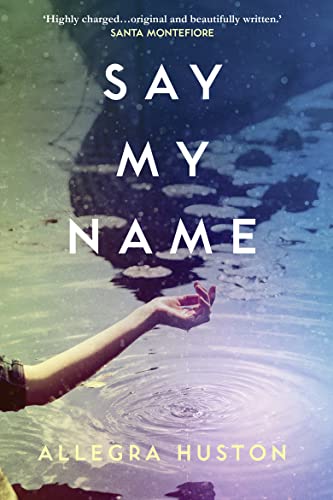 Say My Name
by Allegra Huston

Say My Name by Allegra Huston

`This is the time to run away, she thinks, to call it a mistake, to race back to home and safety. If I don't go home I will never feel safe again.'

On meeting Micajah Burnett, the son of an old school friend, Eve Armanton is faced with a choice. Years of a miserable marriage means she's as broken as the beautiful antique violin she's just found, and Micajah offers a spark of life, an opportunity to reawaken her sense.

If Eve takes a leap into this new world, she'll be leaving behind her old self for good. Her happiness depends on forging a new life, but at the end of her journey who will Eve have become?

Praise for Say My Name:

`It is a ravishing love story, hot-blooded, poignant, often dark, filled with yearning, sharply funny, marvellously observed... I wished it would go on and on and never stop.' Joanna Lumley

`At last. A sexy and serious novel that deals with that persistent prejudice - love between an "older woman" and a younger man. Sensational' Rachel Johnson

`Allegra Huston is a fluid, intelligent storyteller, a writer of beautiful, sexy prose. I love her frankly gleeful portrayal of a woman following her own desires and instincts, wherever they lead, to unexpected and unplanned adventures. Say My Name is the Fear of Flying for the 21st century.' Kate Christensen, author of The Great Man and Trouble

`Beguilingly sexy and seriously smart all at once! How unusual, how delightful, how fun!' Lara Santoro, author of Mercy and The Boy

`Something to heat up your holiday' The Daily Express

Allegra Huston has written screenplays, journalism, and one previous book, Love Child: A Memoir of Family Lost and Found (2009). After an early career in UK publishing, including four years as Editorial Director of Weidenfeld & Nicolson, she joined the film company Pathe as development consultant. She wrote and produced the award-winning short film Good Luck, Mr. Gorski (2011), and is on the editorial staff of the international art and culture magazine Garage. She lives in Taos, New Mexico, with her fourteen-year-old son.

GOR008943257
Say My Name by Allegra Huston
Allegra Huston
Used - Very Good
Paperback
HarperCollins Publishers
2017-07-27
384
0008203245
9780008203245
N/A
Book picture is for illustrative purposes only, actual binding, cover or edition may vary.
This is a used book - there is no escaping the fact it has been read by someone else and it will show signs of wear and previous use. Overall we expect it to be in very good condition, but if you are not entirely satisfied please get in touch with us.