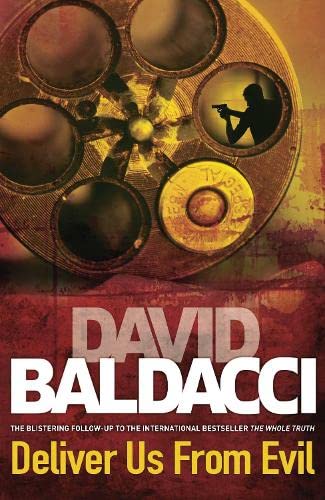 Deliver Us From Evil
by Alloma Gilbert

In Stock
$11.49
+10% GST
The heart-racing follow up to The Whole Truth from the international bestselling author . . .
Very Good
8 in stock

Deliver Us From Evil Summary

Deliver Us From Evil by Alloma Gilbert

Evan Waller is a monster. He has built a fortune from his willingness to buy and sell anything . . . and anyone. In search of new opportunities, Waller has just begun a new business venture: one that could lead to millions of deaths all over the globe.

On Waller's trail is Shaw, the mysterious operative from The Whole Truth, who must prevent Waller from closing his latest deal. Shaw's one chance to bring him down will come in the most unlikely of places: a serene, bucolic village in Provence.

But Waller's depravity and ruthlessness go deeper than Shaw knows. And now, there is someone else pursuing Waller in Provence -Reggie Campion, an agent for a secret vigilante group headquartered in a musty old English estate- and she has an agenda of her own.

Hunting the same man and unaware of each other's mission, Shaw and Reggie will be caught in a deadly duel of nerve and wits. Hitchcockian in its intimate buildup of suspense and filled with the remarkable characters, breathtaking plot turns, and blockbuster finale that are David Baldacci's hallmarks, Deliver Us From Evil will be one of the most gripping thrillers of the year.

Alloma Gilbert is twenty-two years old and is studying to be a veterinary nurse. She lives in Bristol with her partner and daughter. David Baldacci is one of the world's bestselling and favourite thriller writers. With over 130 million copies in print, his books are published in over eighty territories and forty-five languages, and have been adapted for both feature-film and television. He has established links to government sources, giving his books added authenticity. David is also the co-founder, along with his wife, of the Wish You Well Foundation (R), a non-profit organization dedicated to supporting literacy efforts across the US. Trust him to take you to the action.

GOR001949480
Deliver Us From Evil by Alloma Gilbert
Alloma Gilbert
Used - Very Good
Hardback
Pan Macmillan
2010-07-02
416
0230746683
9780230746688
N/A
Book picture is for illustrative purposes only, actual binding, cover or edition may vary.
This is a used book - there is no escaping the fact it has been read by someone else and it will show signs of wear and previous use. Overall we expect it to be in very good condition, but if you are not entirely satisfied please get in touch with us.