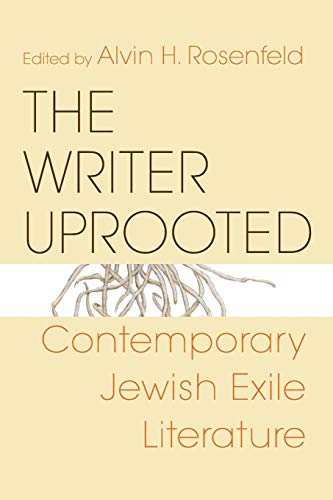 Examines the emergence of a new generation of Jewish immigrant authors in America, most of whom grew up in formerly communist countries. This collection chronicles and clarifies issues of personal and cultural dislocation and loss, but also affirms the possibilities of reorientation and renewal.

The Writer Uprooted is the first book to examine the emergence of a new generation of Jewish immigrant authors in America, most of whom grew up in formerly communist countries. In essays that are both personal and scholarly, the contributors to this collection chronicle and clarify issues of personal and cultural dislocation and loss, but also affirm the possibilities of reorientation and renewal. Writers, poets, translators, and critics such as Matei Calinescu, Morris Dickstein, Henryk Grynberg, Geoffrey Hartman, Eva Hoffman, Katarzyna Jerzak, Dov-Ber Kerler, Norman Manea, Zsuzsanna Ozsvath, Lara Vapnyar, and Bronislava Volkova describe how they have coped creatively with the trials of displacement and the challenges and opportunities of resettlement in a new land and, for some, authorship in a new language.

What binds the writers in this book together, despite their varied approaches to exile and emigration, is that they all moved from one place and ideological system - the Soviet Union and Communist eastern Europe - to another, the United States, where they each have found quite successful personal and professional homes as writer, thinkers and tenured professors. This is no small feat for a fiction writer. . . Perhaps this is one of the volume's unwitting arguments: late twentieth/early twenty-first-century America is now or has once again become the cosmopolitan reservoir of so much Jewish literary creativity.Vol. 39.2 August 2009


NLS9780253219817
9780253219817
0253219817
The Writer Uprooted: Contemporary Jewish Exile Literature by Alvin H. Rosenfeld
Alvin H. Rosenfeld
Jewish Literature and Culture
New
Paperback
Indiana University Press
20080618
272
N/A
Book picture is for illustrative purposes only, actual binding, cover or edition may vary.
This is a new book - be the first to read this copy. With untouched pages and a perfect binding, your brand new copy is ready to be opened for the first time
Trustpilot