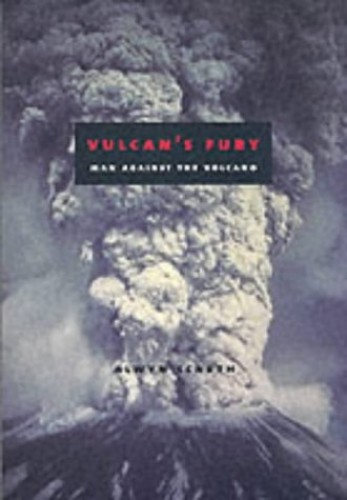 In Stock
$26.99
inc. GST
This volume describes 15 of the most remarkable volcano eruptions in history and, using firsthand accounts, analyzes their impact on humans in their paths. The author surveys volcanic disasters from the eruption of Vesuvius in 79 AD to the eruption of Mount St Helens in 1980.
Very Good
Only 3 left

Vulcan's Fury: Man Against the Volcano by Alwyn Scarth

Volcanic eruptions are the most spectacular displays in the natural world. They also present humanity with devastating environmental disasters. This enthralling book describes fifteen of the most remarkable volcanic eruptions across the centuries and, using rare firsthand accounts, analyzes their impact on the people in their paths.

In 79 a.d. Vesuvius produced the most violent eruption recorded in European history. The eruption of Etna in 1669 marked the first known attempt to divert a lava-flow. In 1783, the eruption of Laki indirectly killed a fifth of the Icelandic population and sent a blue haze over Europe. The eruption of Krakatau in 1883 drowned most of its victims and destroyed much of the island as well. In 1980 Mount St. Helens produced a new type of eruption and scythed down a majestic forest. Alwyn Scarth explores these and other eruptions, reconstructing the physical experience of the disaster, its origins, explosion, and aftermath, and interpreting (in many cases for the first time in English) eyewitness accounts that bring their own vividness to the unfolding drama. The accounts tell of fear, panic, miscalculation, and inefficiency as well as emergency organization, self-sacrifice, religious fervor, and heroism, revealing how each affected population handled-or mishandled-its crisis. Scarth's riveting survey shows that technology and volcanic surveillance have made enormous strides during the present century. But volcanoes remain indomitable: no one has yet learned how an eruption can be stopped.

"Scarth's readers will learn what authorities now know about how to predict and prepare for big eruptions, and the riveting accounts he provides of each calamity, eye-witness and secondhand, display the fascination that leads so many scientists to risk their lives to study volcanoes." Publishers Weekly "Informative, fascinating, and sobering for the professional volcanologist, anyone attracted by volcanoes and, indeed, anyone interested in human resourcefulness." Hazel Rymer, Times Higher Education Supplement "Gripping and richly illustrated." Robert Kunzig, Discover "Scarth... has assembled riveting eyewitness accounts from lucky survivors through the ages." Laurence A. Marschall, The Sciences "I found the accounts of each of these contrasting events compelling and highly informative, from both geological and sociological perspectives... Scarth is to be congratulated on an excellent book that is easy to read, difficult to put down, and deserving of a very wide audience." Peter Cattermole, Interdisciplinary Science Reviews

Alwyn Scarth was lecturer in geography at the University of Dundee. His most recent book is Savage Earth.

GOR003902028
Vulcan's Fury: Man Against the Volcano by Alwyn Scarth
Alwyn Scarth
Used - Very Good
Paperback
Yale University Press
2001-09-10
312
0300091230
9780300091236
N/A
Book picture is for illustrative purposes only, actual binding, cover or edition may vary.
This is a used book - there is no escaping the fact it has been read by someone else and it will show signs of wear and previous use. Overall we expect it to be in very good condition, but if you are not entirely satisfied please get in touch with us.