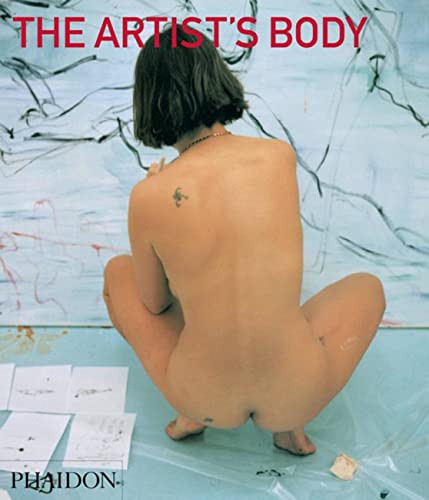 A survey of the use of the artist's body in 20th-century art.

Subject and object of artists' work, the artist's body represents the state of contemporary art and makes a wider comment on the human condition. Bound or beaten, naked or painted, still or spasmodic: the artist lives his or her art publicly in performance or privately in video and photography.

"Remarkably encyclopaedic... As thorough a primer in body-centered art as possible in one volume [Warr]... Interrelates works with wit and intelligence... It's a journey that is crucially informative and as stimulating for the reader as it is celebratory."-Contemporary

"A fabulous book... You should go out and buy it immediately... Warr and Jones have succeeded in imposing some kind of sensible order on the unruly conjunction of art and the body... Richly illustrated with great graphics and a comprehensive collection of essays by key writers on the subject, The Artist's Body is a snip at the price and a must have for anyone interested in contemporary art."-Exhibit: A

Amelia Jones is Head of Art History and Pilkington Chair at the University of Manchester. Among her numerous publications are Postmodernism and the En-Gendering of Marcel Duchamp (Cambridge University Press, 1994) and Body Art/Performing the Subject (University of Minnesota Press, 1998). As curator, Jones has organized exhibitions including 'Sexual Politics: Judy Chicago's Dinner Party in Feminist Art History' at the UCLA/ Armand Hammer Museum (1996). Amelia Jones is noted for her essays on many artists who centre their imagery on their own bodies, among them Vito Acconci,Chris Burden, Robert Morris and Cindy Sherman.

Tracey Warr is an independent British curator and writer. She was previously Lecturer in Fine Art at Oxford Brookes University, Oxford and Researcher in Site-specific Art at the Surrey Institute of Art and Design, Farnham, Surrey (1997-99). A member of the Editorial Board of Performance Research Journal, her projects have included the Edge Biennales in Newcastle/Glasgow (1990) and London/Madrid (1992). She has curated work by artists such as Marina Abramovic, Stelarc and Helen Chadwick. Warr is currently Director of Arts and Cultural Management at Dartington College of Art, Totnes, Devon.

GOR006331924
9780714863931
0714863939
The Artist's Body by Amelia Jones
Amelia Jones
Used - Very Good
Paperback
Phaidon Press Ltd
2012-03-26
204
N/A
Book picture is for illustrative purposes only, actual binding, cover or edition may vary.
This is a used book - there is no escaping the fact it has been read by someone else and it will show signs of wear and previous use. Overall we expect it to be in very good condition, but if you are not entirely satisfied please get in touch with us
Trustpilot