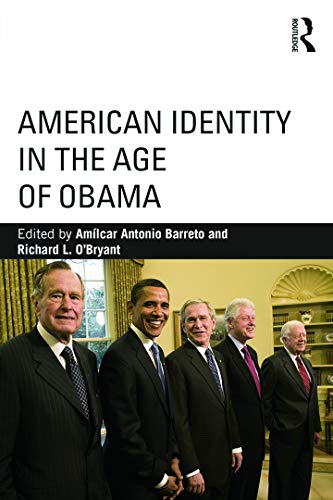 The election of Barack Obama as the 44th president of the United States has opened a new chapter in the country's long and often tortured history of inter-racial and inter-ethnic relations. Many relished in the inauguration of the country's first African American president - an event foreseen by another White House aspirant, Senator Robert Kennedy, four decades earlier. What could have only been categorized as a dream in the wake of Brown vs. Board of Education was now a reality. Some dared to contemplate a post-racial America. Still, soon after Obama's election a small but persistent faction questioned his eligibility to hold office; they insisted that Obama was foreign-born. Following the Civil Rights battles of the 20th century hate speech, at least in public, is no longer as free flowing as it had been. Perhaps xenophobia, in a land of immigrants, is the new rhetorical device to assail what which is non-white and hence un-American. Furthermore, recent debates about immigration and racial profiling in Arizona along with the battle over rewriting of history and civics textbooks in Texas suggest that a post-racial America is a long way off.

What roles do race, ethnicity, ancestry, immigration status, locus of birth play in the public and private conversations that defy and reinforce existing conceptions of what it means to be American?

This book exposes the changing and persistent notions of American identity in the age of Obama. Amilcar Antonio Barreto and Richard L. O'Bryant, and an outstanding line up of contributors examine Obama's election and reelection as watershed phenomena that will be exploited by the president's supporters and detractors to engage in different forms of narrating the American national saga. Despite the potential for major changes in rhetorical mythmaking, they question whether American society has changed substantively.

Amilcar Antonio Barreto is Associate Professor of Political Science at Northeastern University. He is the author of Nationalism and Its Logical Foundations (2009), Vieques, the Navy, and Puerto Rican Politics (2002), The Politics of Language in Puerto Rico (2001), and Language, Elites and the State (1998). Richard L. O'Bryant is an assistant professor of Political Science and the Director of the John D. O'Bryant African American Institute at Northeastern University. His research interests focus on science and technology policy and politics, urban and regional studies and politics, and urban and community technology. He published a chapter in Yigitcanlar, Velibeyoglu and Baum's anthology, Creative Urban Regions.

NLS9780415725965
9780415725965
0415725968
American Identity in the Age of Obama by Amilcar Antonio Barreto (Northeastern University, USA.)
Amilcar Antonio Barreto (Northeastern University, USA.)
New
Paperback
Taylor & Francis Ltd
2015-07-14
264
N/A
Book picture is for illustrative purposes only, actual binding, cover or edition may vary.
This is a new book - be the first to read this copy. With untouched pages and a perfect binding, your brand new copy is ready to be opened for the first time
Trustpilot