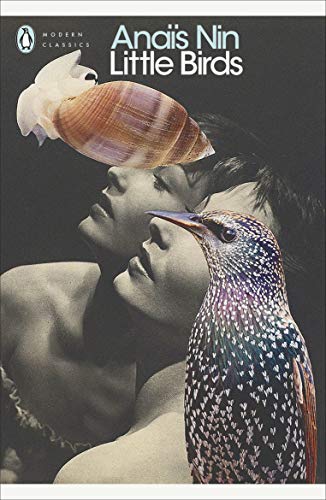 Anais Nin (1903-77), born in Paris, was the daughter of a Franco-Danish singer and a Cuban pianist. Her first book - a defence of D. H. Lawrence - was published in the 1930s. Her prose poem, House of Incest (1936) was followed by the collection of three novellas, collected as Winter of Artifice (1939). In the 1940s she began to write erotica for an anonymous client, and these pieces are collected in Delta of Venus and Little Birds (both published posthumously). During her later years Anais Nin lectured frequently at universities throughout the USA, in 1974 and was elected to the United States National Institute of Arts and Letters.

If you enjoyed Little Birds, you might like Nin's Delta of Venus, also available in Penguin Modern Classics.

PRAISE FOR LITTLE BIRDS"[It is] so distinct an advance in the depiction of female sensuality that I felt, on reading it, enormous gratitude."-Alice Walker

Anais Nin (1903-1977) was a French-born author of Catalan, Cuban and Danish descent. She became famous for her erotica, as well as for her published diaries, which span more than sixty years, beginning when she was eleven years old and ending shortly before her death.

GOR001189821
Little Birds by Anais Nin
Anais Nin
Penguin Modern Classics
Used - Very Good
Paperback
Penguin Books Ltd
2002-02-28
144
0141183403
9780141183404
N/A
Book picture is for illustrative purposes only, actual binding, cover or edition may vary.
This is a used book - there is no escaping the fact it has been read by someone else and it will show signs of wear and previous use. Overall we expect it to be in very good condition, but if you are not entirely satisfied please get in touch with us.