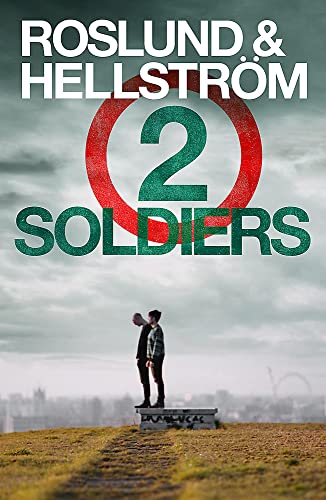 In the Stockholm suburb of Raby, tensions between the Swedish authorities and organised juvenile gangs are approaching critical mass.

Investigators Jose Pereira and DCI Ewert Grens are increasingly disturbed by the escalating militancy of these criminal enterprises.

The police are of little concern to blood brothers Leon and Gabriel. They have vowed to secure dominance in the area, at any cost.

A dangerous collision awaits both sides. And so does a shocking revelation that will make all four men question the direction their lives have taken.

Loved Two Soldiers and now want to start the DCI Ewert Grens series from the beginning? Take a look at Pen 33 . . .

Roslund and Hellstroem are Sweden's most acclaimed fiction duo.

Award-winning journalist Anders Roslund is the founder and former head of Kulturnyheterna (Culture News) on Swedish television, and for many years worked as a news reporter - specializing in criminal and social issues - and as an Editor-in-chief at Rapport and Aktuellt, Sweden's two foremost news programmes.

Boerge Hellstroem (1957-2017) was an ex-convict who brought a unique insight into the brutal reality of criminal life. He worked with the rehabilitation of young offenders and drug addicts, and was one of the founders of the crime prevention organization KRIS (Criminals Return Into Society).

GOR010599784
Two Soldiers: Ewert Grens 5 by Anders Roslund
Anders Roslund
DCI Ewert Grens
Used - Like New
Paperback
Quercus Publishing
2014-04-24
672
0857386859
9780857386854
N/A
Book picture is for illustrative purposes only, actual binding, cover or edition may vary.
The book has been read, but looks new. The book cover has no visible wear, and the dust jacket is included if applicable. No missing or damaged pages, no tears, possible very minimal creasing, no underlining or highlighting of text, and no writing in the margins.