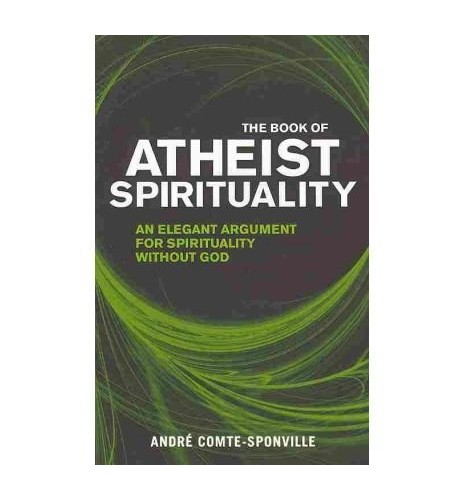 The Book of Atheist Spirituality by Andre Comte-Sponville

But by allowing the concept of spirituality to become intertwined with religion and dogma, humanity has lost touch with the nature of a true spiritual existence.

The Book of Atheist Spirituality by Andre Comte-Sponville

Can we do without religion? Can we have ethics without God? Is there such thing as 'atheistic spirituality'? In this powerful book, the internationally bestselling author Andre Comte-Sponville presents a philosophical exploration of atheism - and reaches startling conclusions.

Atheists, Comte-Sponville argues, are no less interested in a spiritual life than religious believers. But by allowing the concept of spirituality to become intertwined with religion and dogma, humanity has lost touch with the nature of a true spiritual existence.

Using rigorous, reasoned arguments and clear, concise, and often humorous prose Comte-Sponville draws on both Eastern and Western philosophical traditions to propose the atheistic alternative to religion, based on the human need to connect to each other and to the universe. In doing so, he offers a convincing treatise on a new form of spiritual life.

Comte-Sponville presents big ideas with masterful and witty clarity. For those who prefer Kant to cant, this refreshing little book is perfect. * Publisher's Weekly (starred review) *
Andre Comte-Sponville is one of France's preeminent contemporary philosophers. Previously a professor at the Sorbonne, he is the author of A Small Treatise on the Great Virtues, an international bestseller that has been translated into twenty-five languages.
GOR009715620
The Book of Atheist Spirituality by Andre Comte-Sponville
Andre Comte-Sponville
Used - Very Good
Paperback
Transworld Publishers Ltd
2009-09-11
224
B0092GA5MG
9780553819908
N/A
Book picture is for illustrative purposes only, actual binding, cover or edition may vary.
This is a used book - there is no escaping the fact it has been read by someone else and it will show signs of wear and previous use. Overall we expect it to be in very good condition, but if you are not entirely satisfied please get in touch with us.
Trustpilot