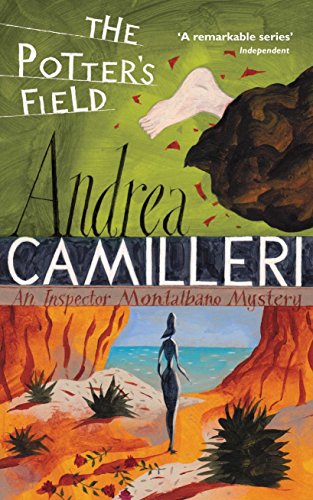 The Potter's Field
by Andrea Camilleri

The Potter's Field by Andrea Camilleri

While Vigata is wracked by storms, Inspector Montalbano is called to attend the discovery of a dismembered body in a field of clay. Bearing all the marks of an execution style killing, it seems clear that this is, once again, the work of the notorious local mafia. But who is the victim? Why was the body divided into thirty pieces? And what is the significance of the Potter's Field?

Working to decipher these clues, Montalbano must also confront the strange and difficult behaviour exhibited by his old colleague Mimi, and avoid the distraction of the enchanting Dolores Alfano - who seeks the inspector's help in locating her missing husband. But like the Potter's Field itself, Montalbano is on treacherous ground and only one thing is certain - nothing is quite as it seems . . .

The Potter's Field is followed by The Age of Doubt, the fourteenth in the series.

Andrea Camilleri is one of Italy's most famous contemporary writers. The Inspector Montalbano series has been translated into thirty-two languages and was adapted for Italian television, screened on BBC4. The Potter's Field was awarded the Crime Writers' Association's International Dagger for the best crime novel translated into English. His other novels include Angelica's Smile and Game of Mirrors. He lives in Rome.

GOR008221533
The Potter's Field by Andrea Camilleri
Andrea Camilleri
Inspector Montalbano mysteries
Used - Like New
Paperback
Pan Macmillan
2015-05-07
320
1509803696
9781509803699
Winner of CWA International Dagger 2012 (UK) Long-listed for International IMPAC Dublin Literary Award 2012 (Ireland)
Book picture is for illustrative purposes only, actual binding, cover or edition may vary.
The book has been read, but looks new. The book cover has no visible wear, and the dust jacket is included if applicable. No missing or damaged pages, no tears, possible very minimal creasing, no underlining or highlighting of text, and no writing in the margins.