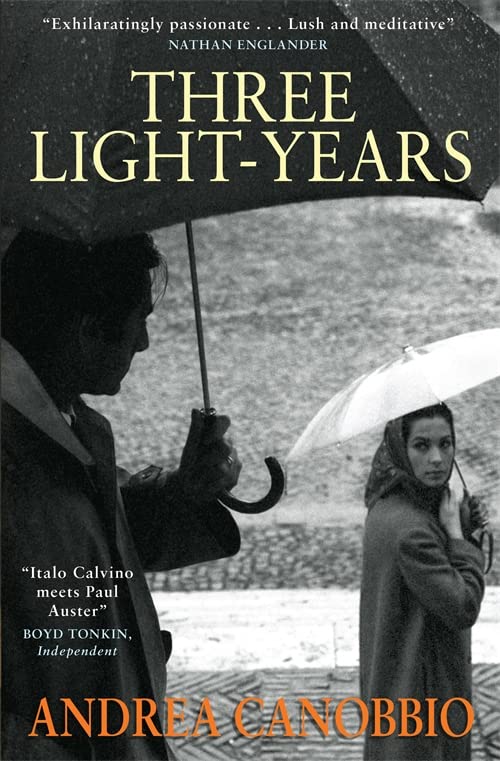 Out of Stock
$38.99
inc. GST
A fable of love poisoned by indecision, laying bare the dangers of playing it safe in matters of the heart.
Very Good
Only 0 left

Cecilia and Claudio are doctors are the same hospital. They eat lunch together almost every day; they talk, sometimes even share secrets. Each is enmeshed in a complicated, painful relationship that has technically ended but isn't really over: she is newly separated, with two small children; he's stuck in the apartment building where he grew up, where his senile mother, not to mention his ex-wife and her new family, all still live. Cecilia and Claudio are attracted to each other: magnetically, powerfully. But life has taught them to treat that attraction with suspicion.

Then a chance encounter between Claudio and Cecilia's sister, Silvia, shifts the precarious balance of the relationship between the two colleagues. Claudio begins to recognize the damage caused by his wary stance toward everything around him. He has hidden a hunger for life and experience beneath a veneer of apathy, a mask that also conceals a deep well of anguish. And just when Cecilia comes to the realization that she loves Claudio and is ready to commit to a genuine relationship, fate steps in once again.

Exhilaratingly passionate . . . Lush and meditative. -- Nathan Englander
Italo Calvino meets Paul Auster. -- Boyd Tonkin * Independent *
Andrea Canobbio's remarkable novel [...] avoids the obvious pitfalls, largely as a result of [Canobbio's] acuity and inventiveness, the specificity and density of his detail, the elegance of his style, and the depth of his psychological insight ... This sort of fiction has consciousness as its subject, and Canobbio's ability to engage us in the consciousness of his characters is what keeps us enthralled. -- Francine Prose * New York Review of Books. *
The pleasure is in the telling in this eminently wise and satisfying book -- Mark Fried * Toronto Star. *

Andrea Canobbio was born in Turin, Italy, where he currently lives. An editor at the publishing house Einaudi, where he has headed the foreign fiction department since 1995, he is the author of The Natural Disorder of Things (MacLehose Press, 2008); two memoirs; and one collection of short stories. Three Light Years won Italy's prestigious Mondello Prize in 2013.

GOR007192829
Three Light-Years by Andrea Canobbio
Andrea Canobbio
Used - Very Good
Paperback
Quercus Publishing
2015-12-03
352
085705418X
9780857054180
N/A
Book picture is for illustrative purposes only, actual binding, cover or edition may vary.
This is a used book - there is no escaping the fact it has been read by someone else and it will show signs of wear and previous use. Overall we expect it to be in very good condition, but if you are not entirely satisfied please get in touch with us.