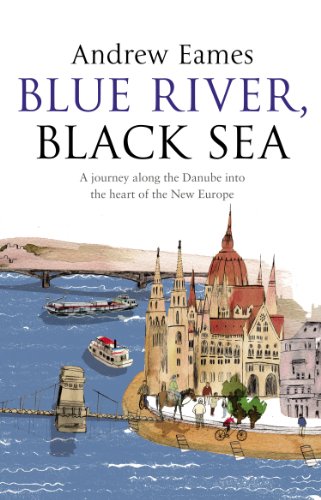 In Stock
$11.49
+10% GST
It flows through more countries than any other river on Earth - from the Black Forest in Germany to Europe's farthest fringes, where it joins the Black Sea in Romania.
Very Good Good Well Read
8 in stock

The Danube is Europe's Amazon. It flows through more countries than any other river on Earth - from the Black Forest in Germany to Europe's farthest fringes, where it joins the Black Sea in Romania. Andrew Eames' journey along its length brings us face to face with the Continent's bloodiest history and its most pressing issues of race and identity. As he travels - by bicycle, horse, boat and on foot - Eames finds himself seeking a bed for the night with minor royalty, hitching a ride on a Serbian barge captained by a man called Attila and getting up close and personal with a bull in rural Romania. He meets would-be kings and walks with gypsies, and finally rows his way beyond the borders of Europe entirely...

"Paddy Leigh Fermor... would surely approve" * Daily Telegraph *
"Captures the physical joy of travel wonderfully... a journey worth following" * The Scotsman *
"Eames has the adventurousness and pleasantly self-deprecating sense of humour that makes a good travel writer... Few will forget Eames's lament for the demise of the river in the modern era." * Financial Times *
"Eames is unquestionably a master of travel writing... both entertaining and illuminating" * Good Book Guide *
"A pleasant float through our emerging continent" * Wanderlust *

Andrew Eames was born in 1958. His career in journalism started in south-east Asia, where he travelled and lived for two years. From there he returned to the UK to work first on specialist magazines and then in guide book publishing. Ten years ago he went freelance, and has been writing travel and general interest features mainly for national newspapers, such as The Telegraph and The Times. He is the author of Crossing the Shadow Line, Four Scottish Journeys and Benn's London. His most recent book was The 8.55 to Baghdad. He lives in west London with his wife and two children.

GOR001936349
Blue River, Black Sea by Andrew Eames
Andrew Eames
Used - Very Good
Paperback
Transworld Publishers Ltd
2010-02-04
464
055277507X
9780552775076
N/A
Book picture is for illustrative purposes only, actual binding, cover or edition may vary.
This is a used book - there is no escaping the fact it has been read by someone else and it will show signs of wear and previous use. Overall we expect it to be in very good condition, but if you are not entirely satisfied please get in touch with us.