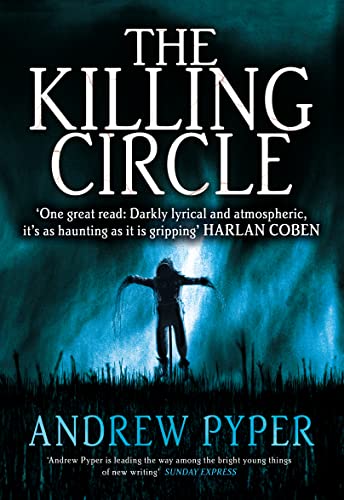 The Killing Circle
by Andrew Pyper

A spine-chilling, mind-twisting new psychological thriller in which a writing circle is haunted by a serial killer, from the acclaimed author of Lost Girls

The Killing Circle by Andrew Pyper

A spine-chilling, mind-twisting new psychological thriller in which a writing circle is haunted by a serial killer, from the acclaimed author of Lost Girls

Who is the Sandman: dream figure or killer?

When Patrick Rush, journalist, single father and failed novelist, decides to join a creative writing circle, it seems a fertile time for the imagination.

In the city of Toronto, a murderer is striking at random, leaving his victims' bodies mutilated and dismembered, and taunting the police with cryptic notes.

Influenced by the atmosphere of menace and fear, the group begin to read each other their own dark, unsettling tales. One, Angela, tells a mesmerizing story about a child-stealer called the Sandman. Patrick, though, finds fantasy and reality becoming blurred. Is the maniac at large in fact the Sandman? What does Angela really know? And is he himself being stalked by the killer?

But it is only when his own son is snatched that Patrick understands what he must do: embark on a horrifying journey into the unknown and track down the elusive figure known as the Sandman.

Andrew Pyper was born in Stratford, Ontario in 1968. He is the author of Kiss Me, a collection of short stories, as well as the novels `Lost Girls' (selected as a New York Times notable Book of the Year) and `The Wildfire Season'. `Lost Girls' was an international bestseller, and is currently in development for a feature film adaptation. Andrew Pyper lives in Toronto.

GOR009577201
The Killing Circle by Andrew Pyper
Andrew Pyper
Used - Very Good
Paperback
HarperCollins Publishers
2009-10-09
336
0007351496
9780007351497
N/A
Book picture is for illustrative purposes only, actual binding, cover or edition may vary.
This is a used book - there is no escaping the fact it has been read by someone else and it will show signs of wear and previous use. Overall we expect it to be in very good condition, but if you are not entirely satisfied please get in touch with us.