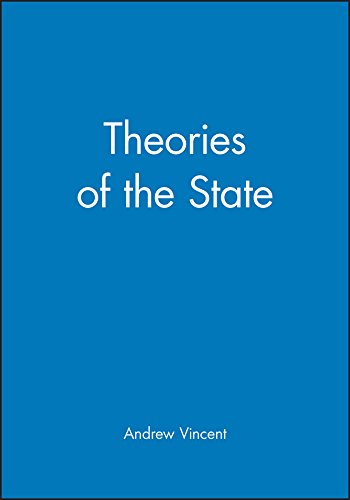 Theories of the State
by Andrew Vincent

Used Price
$45.99
inc. GST
Free Shipping in Australia
An understanding of "the State" is crucial for the grasp of 19th- and 20th-century political thought and practice. This work offers an overview of the key theoretical bases of notions of the State. Absolutist, constitutional, ethical, class and pluralist theories are all critically analyzed.
Reviews:
Trustpilot
Well Read

Theories of the State Summary

Theories of the State by Andrew Vincent

The idea of the State is crucial to our understanding of 20th century political thought and practice, and there are now signs of a growing awareness of the interest and intrinsic importance of the State in political theory, international politics and jurisprudence. This book provides an overview of certain key problems and theories of the State, presenting them in a structured and systematic manner, and in doing so it aims to make the ideas and value of the State more comprehensible to the student of politics.An introductory discussion on the nature of the State is followed by chapters devoted to particular theories: the absolutist, constitutional, ethical, class and pluralist, with the aim of analysing, elucidating and criticizing each. Finally, the discussion turns to the question 'Is a theory of the State necessary?'

Customer Reviews - Theories of the State

Theories of the State Reviews

"The best and most provocative essays by anthropologists on politics, power, colonialism, nationalism, and globalization. This volume showcases the strengths of anthropological analysis: bringing detailed ethnographic and historical analysis to the understanding of the most pressing issues that contemporary societies face." Louise Lamphere, University of New Mexico "Joan Vincent has a rare grasp of anthopology s past and vision of its future. The 21st-century renewal of political anthropology will be excellently served by her thoughtful assemblage of foundational texts, modern classics, recent achievements and current controversies." Ulf Hannerz, Stockholm University "In this incomparable volume, Joan Vincent has brilliantly compiled the key texts in the anthropological study of politics. Suitable as a textbook for the beginning student and as a reference work for the professional academic, it will appeal to scholars in many different disciplines. Not only does this volume provide readers with a genealogy of an anthropological approach to politics, it introduces or reacquaints them with some of its most important contemporary contributors." Akhil Gupta, Stanford University

GOR002286517
Theories of the State by Andrew Vincent
Andrew Vincent
Used - Well Read
Paperback
John Wiley and Sons Ltd
1987-07-29
260
0631147292
9780631147299
N/A
Book picture is for illustrative purposes only, actual binding, cover or edition may vary.
This is a used book. We do our best to provide good quality books for you to read, but there is no escaping the fact that it has been owned and read by someone else previously. Therefore it will show signs of wear and may be an ex library book.