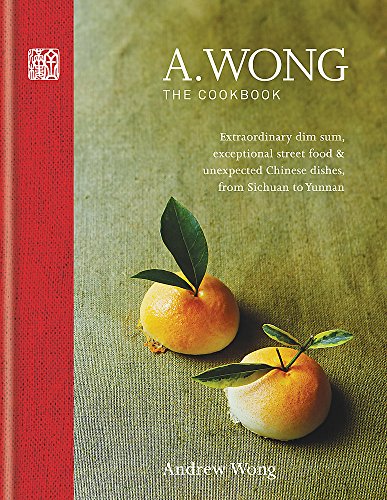 A. Wong - The Cookbook Summary

DECLARED "NO. 3 RESTAURANT IN THE UK" - 2017 NATIONAL RESTAURANT AWARDS

'a gorgeous cookbook filled with passion and soul' - Ken Hom

From Lotus root crisps, Taiwanese popcorn chicken with basil and Baked pork buns to Crispy aromatic duck, Chilli barbecued five-spiced Dover sole and Singapore noodles, A. Wong - The Cookbook offers a host of new and exciting authentic Chinese recipes. Andrew Wong's philosophy is simple: maintain the fundamentals of the original Chinese recipes whilst adding an unmistakably 'Wong' spin to it. For Andrew Wong, cooking is all about inclusiveness; cooking and creating a meal is an act of love and friendship, which is perhaps why his restaurant in London's Victoria is so incredibly popular. This unmissable new cookbook introduces a way of eating Chinese that is unlike any other.

Praise for A.Wong:
'The joy of A. Wong...and it is a joy - is in the detail' - Lisa Markwell, The Independent

'You know what this is? This is Modern British Chinese, and I think the first of it I have ever seen' - Giles Coren, The Times

A. Wong - The Cookbook Reviews

With his restaurant declared one of 2013's best by both Fay Maschler of the Evening Standard and Nick Lander of The Financial Times, Andrew Wong is doing something extraordinary that is attracting attention and accolades from top critics, chefs and foodies from London and further afield. After studying social anthropology at LSE, Andrew decided to study catering on a whim. Little did he know that this would become a turning point, with food taking over his entire life for the next 13 years through his passion and hard work. After stints in kitchens across London, Andrew decided to travel around China, moving from kitchen to kitchen - from a noodle stand in Chengdu to the Millennium Hotel in Qingdoa. Upon returning to London, he opened A. Wong to rave reviews from the Evening Standard, the Guardian, The Independent and The Times. He also won Chinese Masterchef in the UK in 2013. Just nine months after opening, the restaurant's modern exploration of regional Chinese cuisine resulted in it being rated as one of the best Chinese restaurants in the UK by The Good Food Guide, as well as winning a coveted Michelin Bib Gourmand in 2014. When he isn't at work in his kitchen, Andrew contributes to the Ming ai Chinese cultural project, teaches the art of noodle pulling and occasionally appears on TV (he taught renowned British baker Paul Hollywood how to pull noodles on BBC1). Find out more about A. Wong online at awong.co.uk or on Twitter at @awongSW1.

GOR010516117
A. Wong - The Cookbook: Extraordinary dim sum, exceptional street food & unexpected Chinese dishes from Sichuan to Yunnan by Andrew K. C. Wong
Andrew K. C. Wong
Used - Like New
Hardback
Octopus Publishing Group
2015-09-03
240
1845339894
9781845339890
N/A
Book picture is for illustrative purposes only, actual binding, cover or edition may vary.
The book has been read, but looks new. The book cover has no visible wear, and the dust jacket is included if applicable. No missing or damaged pages, no tears, possible very minimal creasing, no underlining or highlighting of text, and no writing in the margins.