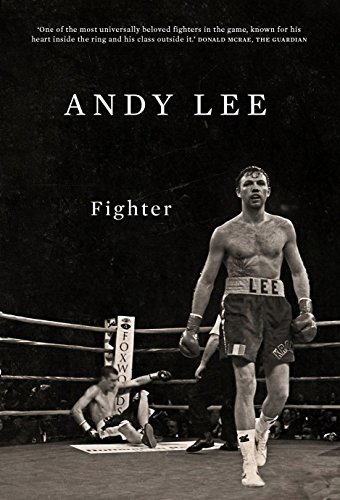 In 2005, at the age of 20, Andy Lee decided he was going to try to make it in the harsh and unforgiving world of professional boxing. Leaving home for the dust and faded glamour of Detroit, over the next ten years, under the guidance of the legendary Emanuel Steward, he set about honing his craft, winning fight after fight, and slowly ascending the professional ranks.

Then, in 2012, his star ascendant, Lee suffered two devastating blows in quick succession: defeat in his first world championship bout and the sudden loss of Steward, his guide and confidant. Bereft, his career in jeopardy, the path to redemption would test every hard-won lesson of the previous decade.

Fighter is a lyrical and philosophical memoir about resilience, bravery and the wisdom to be found at the limits of human experience.

`One of the most universally beloved fighters in the game, known for his heart inside the ring and his class outside it.' Donald McRae, The Guardian

`Lee was a good fighter but he's an even better human being.' Pundit Arena

`Andy Lee is one of life's good people. Not too many people get to be an Olympian, a world champion & liked by pretty much everyone they meet. He's a superstar.' Jacqui Hurley

`A true role model for kids sportsmanship and manners and such an articulate speaker.' Niall Kennedy

Andy Lee was the WBO middleweight world champion from 2014-2015, making him the first Irish boxer to win a world title on American soil since 1934. Having boxed with Repton Boxing Club in London from the age of eight, upon his family's return to Ireland, Lee joined St Francis ABC in Limerick and went on to represent Ireland at the Olympics in 2004. He signed his first professional contract with Emanuel Steward in 2005 and moved to Detroit to train in the world-renowned Kronk Gym until Steward died in 2012, after which Lee joined up with English trainer Adam Booth. Andy retired in February 2018 and lives in Dublin with his wife and daughter. Niall Kelly is a journalist with The42.ie. He ghostwrote Philly McMahon's autobiography, The Choice, which was the BGE and eir Sports Book of the Year in 2017.

GOR009699387
Fighter by Andy Lee
Andy Lee
Used - Very Good
Hardback
Gill
2018-10-26
272
0717183440
9780717183449
N/A
Book picture is for illustrative purposes only, actual binding, cover or edition may vary.
This is a used book - there is no escaping the fact it has been read by someone else and it will show signs of wear and previous use. Overall we expect it to be in very good condition, but if you are not entirely satisfied please get in touch with us.