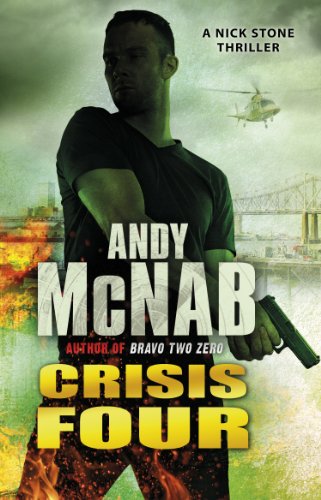 In Stock
$11.49
+10% GST
Ex-SAS trooper Nick Stone is extremely highly trained. Sarah Greenwood is beautiful, intelligent and cunning - and the only woman Stone has ever truly opened up to.Hotly pursued through the American wilderness, Stone finds himself at the centre of a deadly game of cat and mouse.
Very Good Good
8 in stock

Ex-SAS trooper Nick Stone is extremely highly trained. Clever, ruthless and very effective, it is no surprise that he is hired by British Intelligence. On deniable operations - one of the most dangerous lines of work. Sarah Greenwood is beautiful, intelligent and cunning - and the only woman Stone has ever truly opened up to. But now he has been ordered to hunt her down. Hotly pursued through the American wilderness, Stone finds himself at the centre of a deadly game of cat and mouse. He must get to the heart of a terrifying conspiracy theory to which only Sarah holds the key. But will he manage to before the tension reaches boiling point?

"McNab is a terrific novelist. When it comes to thrills, he's Forsyth class" * Mail on Sunday *
"McNab's great asset is that the heart of his fiction is not fiction: other thriller writers do their research, but he has actually been there" * The Sunday Times *
"Addictive... Packed with wild action and revealing tradecraft" * Daily Telegraph *
"McNab is the best suspense thriller writer to put pen to paper since Alistair MacLean" -- Stephen Coonts

GOR003618940
Crisis Four: (Nick Stone Thriller 2) by Andy McNab
Andy McNab
Nick Stone
Used - Very Good
Paperback
Transworld Publishers Ltd
2011-05-12
560
0552163546
9780552163545
N/A
Book picture is for illustrative purposes only, actual binding, cover or edition may vary.
This is a used book - there is no escaping the fact it has been read by someone else and it will show signs of wear and previous use. Overall we expect it to be in very good condition, but if you are not entirely satisfied please get in touch with us.