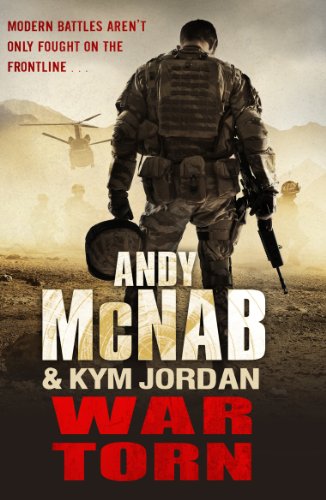 In Stock
$11.49
+10% GST
With two tours of Iraq under his belt, Sergeant Dave Henley knows what modern war looks like.Back at home, Dave's wife, Jenny, seven months pregnant, must try to hold together the fragile lives of the families left behind, who all wait for the knock on the door and the arrival of bad news...
Very Good
10 in stock

With two tours of Iraq under his belt, Sergeant Dave Henley knows what modern war looks like. But nothing can prepare him for the posting to Forward Operating Base Senzhiri, Helmand Province, Afghanistan. This is a battlezone like he's never seen before. He's in charge of 1 Platoon, a ragbag collection of rookies who he must make into a fighting force - and fast. But this is a brutal, unforgiving conflict which takes no prisoners. Their convoy is ambushed on the way to the FOB, leaving two men grievously wounded - before they've fired a shot. Back at home, Dave's wife, Jenny, seven months pregnant, must try to hold together the fragile lives of the families left behind, who all wait for the knock on the door and the arrival of bad news...

"Remarkable... Vividly portrays the nerve-wrenching torment of the families and loved ones left behind... Both McNab and Jordan have walked the walk and it shows" * Peterborough Evening Telegraph *
"This book will ring true to soldiers who have worked in Helmand province and, uniquely, their families. Something new for McNab but excellent nonetheless" * Soldier *

GOR002803410
War Torn by Andy McNab
Andy McNab
Used - Very Good
Paperback
Transworld Publishers Ltd
2011-06-09
528
0552161446
9780552161442
N/A
Book picture is for illustrative purposes only, actual binding, cover or edition may vary.
This is a used book - there is no escaping the fact it has been read by someone else and it will show signs of wear and previous use. Overall we expect it to be in very good condition, but if you are not entirely satisfied please get in touch with us.