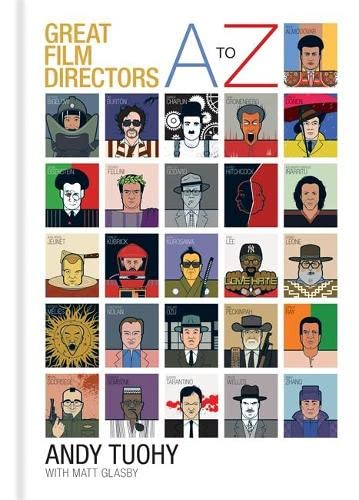 Used Price
$60,99
inc. GST
Free Shipping in Australia
A fun introduction to 52 of the greatest film directors, from Almodovar to Ozu, Fellini to Tarantino, and many more.
Reviews:
Trustpilot
Very Good Good

With text by film journalist Matt Glasby, each director's entry will also have a summary of the essential things you need to know about them, why they're important, a list of their must-see films, and a surprising fact or two about them, as well as images of their key films throughout.

So whether you're already a film afficionado, or looking for a helpful cheat to pass convincingly as an arthouse fan, you'll love this guide to international directors, past and present.

Andy Tuohy is a graphic designer and worked in advertising for many years before becoming a freelance artist/ designer. He has had design work commissioned by the Tate Modern and Tate Liverpool, Turner Contemporary and Henley Regatta, and has been featured in Design Week amongst other publications.

GOR007427455
A-Z Great Film Directors by Andy Tuohy
Andy Tuohy
A-Z Great Modern series
Used - Very Good
Hardback
Octopus Publishing Group
2015-09-03
224
184403822X
9781844038220
N/A
Book picture is for illustrative purposes only, actual binding, cover or edition may vary.
This is a used book - there is no escaping the fact it has been read by someone else and it will show signs of wear and previous use. Overall we expect it to be in very good condition, but if you are not entirely satisfied please get in touch with us.