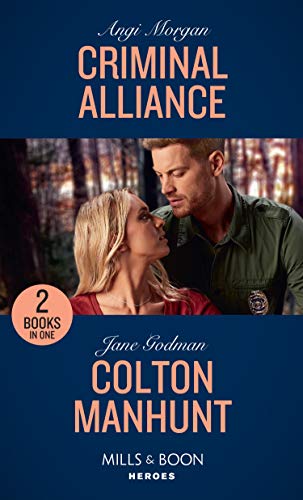 The fate of the city rests in their hands.

The fate of the city rests in their hands.

FBI operative Therese Ortis and Ranger Wade Hamilton have teamed up to stop an algorithm that could destroy Dallas-or worse. But going undercover comes with its own form of danger. If discovered, not only will their beloved city pay the price, but Therese and Wade will suffer unimaginable consequences.

She'll do anything to find her missing sister.

The last thing K-9 Sergeant Spencer Colton needs is another routine missing persons case. But Katrina Perry is insistent on finding her twin sister - at all costs. And as things become anything but routine, and dangers mount, so do Spencer's feelings for Katrina.

Using actual Texas settings and realistic characters, this USA Today and Publisher's Weekly bestseller, creates stories with characters who put everything on the line. Angi is an 11th generation Texan who lives there with her husband and 'four-legged' kids. Find her at AngiMorganAuthor.com Jane writes paranormal romance for Harlequin Nocturne and thrillers for Harlequin Romantic Suspense. She lives in England and loves to travel to European cities which are steeped in history and romance. Venice, Dubrovnik and Vienna are among her favourites. Jane is married to a lovely man and mum to two grown up children.

GOR010398987
Criminal Alliance / Colton Manhunt: Criminal Alliance / Colton Manhunt (The Coltons of Mustang Valley) (Mills & Boon Heroes) by Angi Morgan
Angi Morgan
Used - Very Good
Paperback
HarperCollins Publishers
2020-02-06
496
0263280241
9780263280241
N/A
Book picture is for illustrative purposes only, actual binding, cover or edition may vary.
This is a used book - there is no escaping the fact it has been read by someone else and it will show signs of wear and previous use. Overall we expect it to be in very good condition, but if you are not entirely satisfied please get in touch with us.