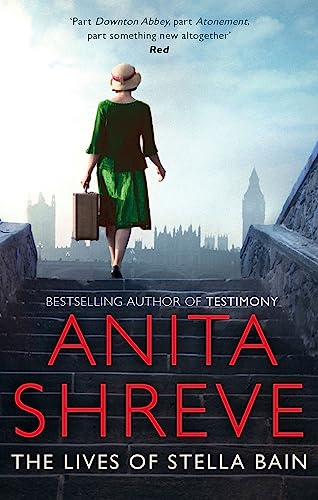 The Lives of Stella Bain
by Anita Shreve

In Stock
$15.49
inc. GST
From bestselling author Anita Shreve: an epic story, set against the backdrop of World War I, of a woman searching for the secret of her identity
Very Good Good
11 in stock

The Lives of Stella Bain Summary

The Lives of Stella Bain by Anita Shreve

Hauled in a cart to a field hospital in northern France in March 1916, an American woman wakes from unconsciousness to the smell of gas gangrene, the sounds of men in pain, and an almost complete loss of memory: she knows only that she can drive an ambulance, she can draw, and her name is Stella Bain.

A stateless woman in a lawless country, Stella embarks on a journey to reconstruct her life. Suffering an agonising and inexplicable array of symptoms, she finds her way to London. There, Dr August Bridge, a cranial surgeon turned psychologist, is drawn to tracking her amnesia to its source. What brutality was she fleeing when she left the tranquil seclusion of a New England college campus to serve on the Front; for what crime did she need to atone - and whom did she leave behind?

Vivid, intense and gripping, packed with secrets and revelations, The Lives of Stella Bain is at once a ravishing love story and an intense psychological mystery.

The Lives of Stella Bain Reviews

A powerful reminder of the resilience of the human spirit, this tale is utterly unforgettable * Lady *
Atonement with just the tiniest dash of Downton Abbey. This is a First World War story with a difference . . . a fantastic read * Red *
Gripping and moving * Sunday Times *
Fascinating * Daily Mail *
Captivating * Bella *

Anita Shreve is the acclaimed author of seventeen novels, including Rescue, A Change in Altitude, Testimony, and The Pilot's Wife, which was a selection of Oprah's Book Club. She lives in Massachusetts.

GOR006047753
The Lives of Stella Bain by Anita Shreve
Anita Shreve
Used - Very Good
Paperback
Little, Brown Book Group
2014-09-11
320
0349123578
9780349123578
N/A
Book picture is for illustrative purposes only, actual binding, cover or edition may vary.
This is a used book - there is no escaping the fact it has been read by someone else and it will show signs of wear and previous use. Overall we expect it to be in very good condition, but if you are not entirely satisfied please get in touch with us.